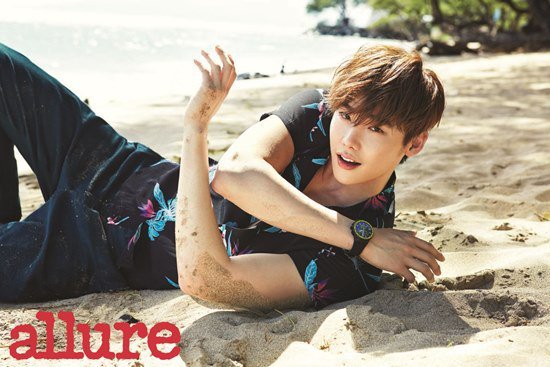 He had an interview with fashion magazine Allure Korea and snapped a few shots as well.

In the interview, he said, "It's tiring during the shoot but I feel great after watching it. The life of Lee Jong-suk is boring but I spend a great day being a new character. I think I get satisfactory out of that".

In the pictures of Lee Jong-suk, he looks like a boy under the warm sun and sometimes he looks like the talented actor that he is.

The interview can be seen in Allure Korea June issue.

"Lee Jong-suk's model pose"
by HanCinema is licensed under a Creative Commons Attribution-Share Alike 3.0 Unported License.
Based on a work from this source