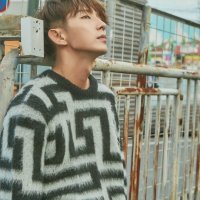 Actor, Lee Joon-gi (27) will be appearing in Chinese TV drama.

China's popular drama scriptwriter, Haiwan cast Lee Joon-gi in his remake of a drama"Romance Story", which recorded an amazing viewing rate in 1997 and is considered as China's 'National drama'.

Haiwan said, "I was deeply impressed by Lee Joon-gi's performance in "The King and the Clown". I'm confident that he will be perfect for my upcoming drama".

The Chinese media reported that Lee Joon-gi have gathered a great number of fans in China from his impressive performance in "The King and the Clown". Also his latest drama "Time Between Dog and Wolf - Drama" have became increasing popular in China.

Lee Joon-gi signed a contract with a large entertainment agency in Hong Kong and had been making attempts to make his debut in China.

"Lee Joon-gi appearing in China's 'National drama'"
by HanCinema is licensed under a Creative Commons Attribution-Share Alike 3.0 Unported License.
Based on a work from this source