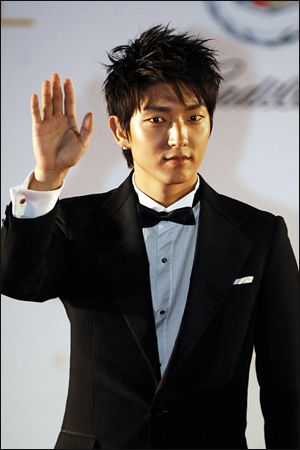 Lee Joon-gi, star of the movie "The King and the Clown", has caught the eye of acclaimed Chinese director Chen Kaige.

MG SHOW, the agency in charge of promoting the actor in China, announced on Tuesday that Lee had met with Chen at the Shanghai International Film Festival last Saturday, at which Chen was a juror.

Chen proposed that the two make a film together in China, which Lee thought was a great idea. "I'd love to make the movie if the script is good and the character is right", Lee said.

Chen's proposal is understood to be more than just lip-service. The Chinese director thinks highly of Korean actors, having worked with Jang Dong-gun in his movie "The Promise" in 2005. The project can also count on Lee's extraordinary popularity in China.

Lee, who became one of the leading stars of the Korean wave with his performances in "The King and the Clown" and the drama "My Girl", has become tremendously popular in China, with over 300,000 members signed up with his fan club.

During his recent visit to Shanghai, a mob of fans in a convoy of some 20 vehicles chased the actor along a highway, at times making some dangerous moves. Lee said the chase was like a scene from a movie, but added that he's grateful for his Chinese fans' avid support.

Lee attended the Shanghai International Film Festival after wrapping up shooting in Thailand on "Time Between Dog and Wolf - Drama", which is scheduled to be broadcast next month. He took home the Top Foreign Star Award along with Hollywood screen goddess Sharon Stone.