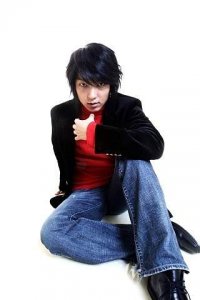 Lee Joon-gi is seeking a way to get into the Chinese market by holding an autograph event in Beijing, Hong Kong and Taiwan, said the officials from Mentor Entertainment.

It was also interested by foreign news reporters. AP, reported from Hong Kong, reported that Lee Joon-gi has signed up with EEG and had the autograph event in Hong Kong on October 2nd, sitting on a throne just like his movie, ' The King and the Clown '.

AP also reported that Lee's performance fee for this event was around 1,3 million U.S. dollars but EEG never confirmed it.

EEG would start Lee's career in Chinese market by starting with movies. Lee recently appeared as a National Intelligence Service Agent of Korea in "Time Between Dog and Wolf - Drama".