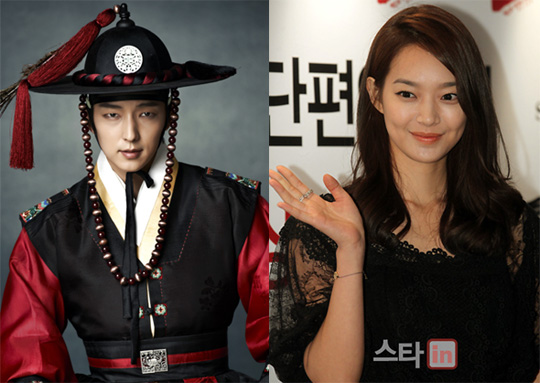 Lee is returning with a drama for the first time in 2 years with "Arang and the Magistrate" which is about a virgin ghost Arang (Shin Min-ah) and a bad tempered magistrate named Eun-oh (Lee Joon-gi).

Eun-oh is an unfortunate magistrate who meets Arang and falls into a mysterious world while looking for his missing mother. Lee recently said, "I wish the romance between us is fun. The mellow should be stronger in this drama as it is a fantasy mellow historical. I am looking forward to see how it will turn out".

"Arang and the Magistrate" is Lee Joon-gi's first drama for the first time since his National Service. He chose this because of the various things he could express according to the genre being an historical. He said, "I chose it with the thinking that I won't avoid it as much as I'm worried about it and I want to be bold".

"Lee Joon-gi looks forward to romance with Shin Min-ah"
by HanCinema is licensed under a Creative Commons Attribution-Share Alike 3.0 Unported License.
Based on a work from this source