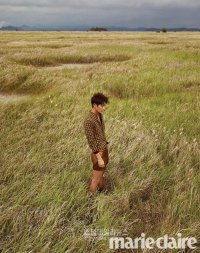 Actor and singer Lee Joon-gi was named the promotional ambassador of the Korea Tourism Organization on Wednesday.

Lee's popularity across Asia has been proven by a number of concerts given in Korea and overseas. A concert held in Seoul last April in collaboration with the Shanghai branch of the KTO attracted 2,500 fans from Asia, including 180 from China. Two concerts in China in May, including one held in Suzhou, lured over 10,000 fans, and shows in Yokohama and Kobe last month drew over 9,000 Japanese fans.

"I've thought of my role as kind of a cultural ambassador, so I really enjoyed it when I was a promotional ambassador for the Korean Wave in 2008", Lee said. "I'm very proud to have this opportunity to represent Korea in 2009, and I would like to take this chance to show a better and positive image of myself and my country".