Lee Joon-gi says he grew up a lot after playing a father. 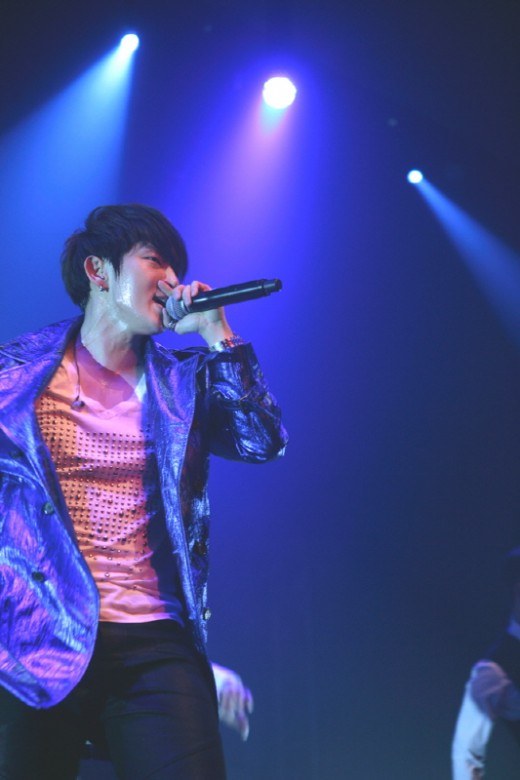 I said I wouldnt take it. Im not even married and how could I play a father?

Lee Joon-gi, 31, an actor, declined the offer at first when he was asked to join MBC's "Two Weeks", a drama that ended at the end of last month. The role reminded of Son Hyun-joo in the hugely popular SBS's "THE CHASER - Drama" in that he would play a man who fights for the sake of his daughter as a victim of false accusation. Lee said I thought it wouldnt do me any good even if I do it (acting) well. He changed his mind, however, after writer So Hyeon-kyeong persuaded him.

Lee said, I went there to say that I wont take the role but I talked with her over beer for four to five hours. My mind changed when So said, Ill make a differentiated character. You can grow into a good actor.

Shootings were not easy. As he was a fugitive in the drama, filming had to be made outside. He crisscrossed the country for three months ranging from Seoul and Gyeonggi Province to Busan, Moongyeong, Danyang, and Boeun. His energy wore out while shooting runaway and action scenes. Emotional expression was even more challenging.

So writes the script accurately. She says please think again why I placed a period, an exclamation mark, and spacing. When filming a phone call scene, I had to show different emotions sentence by sentence but my emotions were cut off. I hit the telephone booth with my fist several times. It was so challenging and I was mad at me.

Two Weeks was considered to be an excellent piece thanks to good actors, writers, and director but the viewer rating was only around 10 percent because of its competitor SBS's "Master's Sun". Lee Joon-gi said, Im sorry about the rating but I gained a lot as an actor. He said, Im in an awkward age because Im neither a teenager star nor an experienced actor. This drama helped me walk the path towards a true actor.

He got closer to Lee Chae-mi, 7, who played as his daughter Soo-jin, as he played a father for the first time. He said she was the biggest contributor in the drama. He said, When I mumbled because I didnt memorize my lines, Chae-mi hit my foot and gave me a look like Dont cut your emotions and keep going! She is a true actress.

Lee said he felt something was missing for a while as if his emotions are out of order because he expressed too many emotions. He said he wants to play a sweet and light character in a romantic comedy next time. He plans to have a large fan meeting for his Korean, Chinese, and Japanese fans at the end of the year. When will he see somebody?

Many friends said so because I often said I felt void after the end of the drama. Actually, it is not because of the drama but because Im not dating. Right, I need to date somebody, ha-ha.