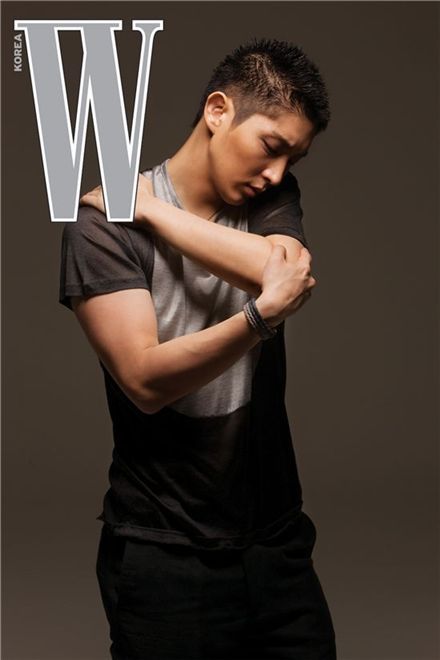 Hallyu star Lee Joon-gi, who today completed basic training as part of fulfilling his two-year military duties, has been selected to work as a celebrity military officer for the remainder of his serving period.

According to Korea's Defense Media Agency on Friday, the actor was discharged from the army training camp after completing a five-week course and was be assigned to the PR unit in the agency.

"Private Lee Joon-gi is a talented actor who led a hugely successful career in film and dramas before entering the military and is adored by the public as a multi-talented entertainer", an official at the government agency was quoted as saying. "We handpicked him so that he can use his talents for various programs in the agency".

Some of the promotional activities planned for Lee include hosting military television shows and radio programs with other PR officers and visiting Korean soldiers serving at the front and rear lines of the military zone.

"We expect him to do his best to boost the morale of military personnel as well as fulfill various cultural desires", the official added.

The actor appears to have turned into quite the star in the military as well; he has been chosen as one of the four officers out of some 900 soldiers to receive an award from the head of the military training camp.

Lee, best known for his role in the 2005 pic "The King and the Clown", had been shooting the film "Grand Prix" and set to appear in blockbuster TV series "Faith" when he was notified by the government to report to the military.

He initially tried to defer his entrance date in order to finish up the shootings, but pulled out from both projects when he was unable to do so. He entered the military on May 3.

"Lee Joon-gi to serve as celebrity military officer"
by HanCinema is licensed under a Creative Commons Attribution-Share Alike 3.0 Unported License.
Based on a work from this source