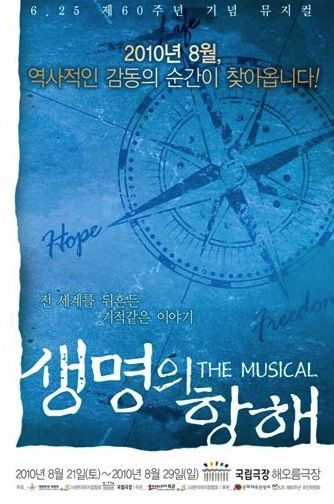 Korean actor Lee Joon-gi, who is currently serving in the military, has been cast in an upcoming musical production tentatively titled "Voyage of Life", according to a press release by the show's PR manager on Thursday.

"Life", co-produced by the Ministry of National Defense and Korea Musical Theatre Association, is a special production commemorating the Korean War.

The story was inspired by two real-life incidents that occurred during the Korean War -- the Jangjin battle, considered one of the most horrific defeats during the War, and Heungnam Evacuation Operation, where 14,000 refugees were rescued by a cargo ship.

Lee Joon-gi, who shot to fame after starring in the 2005 hit film "The King and the Clown", entered the military on May 3 after he was notified by the government to report to the military.

At the time, he tried to defer his entrance date in order to finish up shooting for film "Grand Prix" and upcoming blockbuster TV series "Faith", but eventually pulled out from both projects when he was unable to do so.

He has been serving his mandatory two-year military duties at Korea's Defense Media Agency.

"Life" will run at the National Theater of Korea from August 21 to August 29.

"Lee Joon-gi to star in military musical"
by HanCinema is licensed under a Creative Commons Attribution-Share Alike 3.0 Unported License.
Based on a work from this source