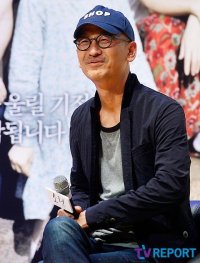 Director Lee Joon-ik has announced his next project, reprising themes from his previous film "Radio Star" (2006). He is currently preparing to shoot "Joyful Life", a nostalgic tale about three unhappy middle-agers who, some 20 years ago, had a room-salon-touring rock band along with a fourth member. Reunited after the funeral of the fourth, they meet the son of their Dead Friend, and together form a new rock band to escape from their daily doldrums.

Producer-turned-director LEE debuted with the successful "Once Upon a Time in a Battlefield" ("Hwangsanbul")(H (2003) and followed it up with the biggest box-office surprise in Korean cinema, "The King and the Clown" (2005). His previous film "Radio Star", which featured a similar male-bonding rock-nostalgia theme, recently won the Korean Netizens' Best Film award, hosted by Maxmovie and Channel CGV, and based on internet votes.

"Joyful Life" is set to begin shooting in March 20th and is timed for release around the Korean Thanksgiving (Chu'sok) holiday season this Fall. Produced by Achim Pictures, CJ Entertainment is the main investor and will distribute the film.

"LEE Joon-ik's Joyful Life"
by HanCinema is licensed under a Creative Commons Attribution-Share Alike 3.0 Unported License.
Based on a work from this source