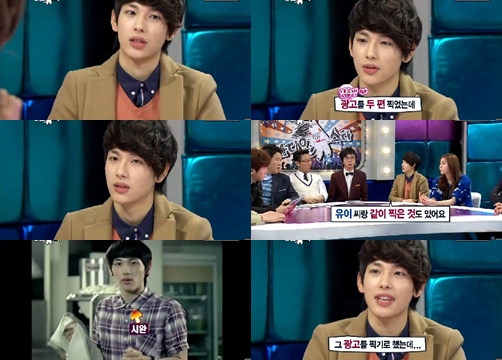 Im Si-wan mentioned on the MBC TV program "Radio Star" aired on the 22nd that Hwang Kwanghee was very jealous of how popular he had gotten since his starring in the MBC drama "The Sun and the Moon".

Lee Joon who was on TV with him said, "I am close with Hwang Kwanghee. When I asked him about Im Si-wan's popularity he honestly replied that he was very annoyed and told me not to even talk about him. He was for real. He said it was the end for him as Im Si-wan and Yoon Dong-joon were doing so well".

Im Si-wan continued, "We did two advertisements when we were still in training. We did one with UEE too and he said, 'I can't be in ZE:A - Children of Empire anymore since you take up all the attention' so we spent all day and all night reassuring him".

"So I am glad that he became popular first".

"Lee Joon reveals Hwang Kwanghee's jealousy "
by HanCinema is licensed under a Creative Commons Attribution-Share Alike 3.0 Unported License.
Based on a work from this source