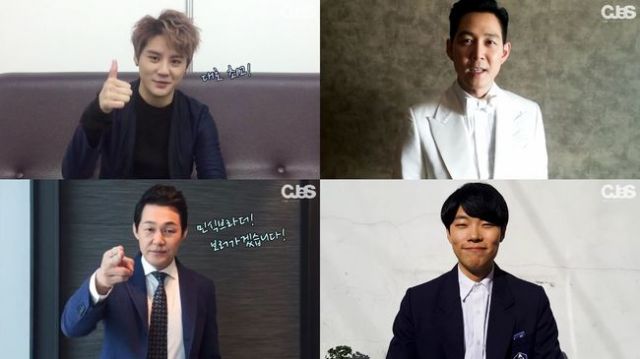 A special video in the format of a movie footage, a compilation of the supporting messages for movie "The Tiger: An Old Hunter's Tale", has been revealed.

C-JeS Entertainment said on December 9th "It is a video made to support "The Tiger: An Old Hunter's Tale" by C-Jes actors. It has been released through Naver TV Cast".

All the actors in the video delivered each one's unique supporting message from the filming set of their dramas or movies or their performing stage.

The agency said, "Managers talked to their actors and planned to create the video that has interesting stories. They also filmed the messgae out there on the set to deliver the lively feel" and "The three actors from our agency, Choi Min-sik, Jung Suk-won, and Sung Yoo-bin star in the movie, we wanted to make a special video to support them".

" Lee Jung-jae to Ryu Jun-yeol, C-Jes actors join to support 'The Tiger: An Old Hunter's Tale'"
by HanCinema is licensed under a Creative Commons Attribution-Share Alike 3.0 Unported License.
Based on a work from this source