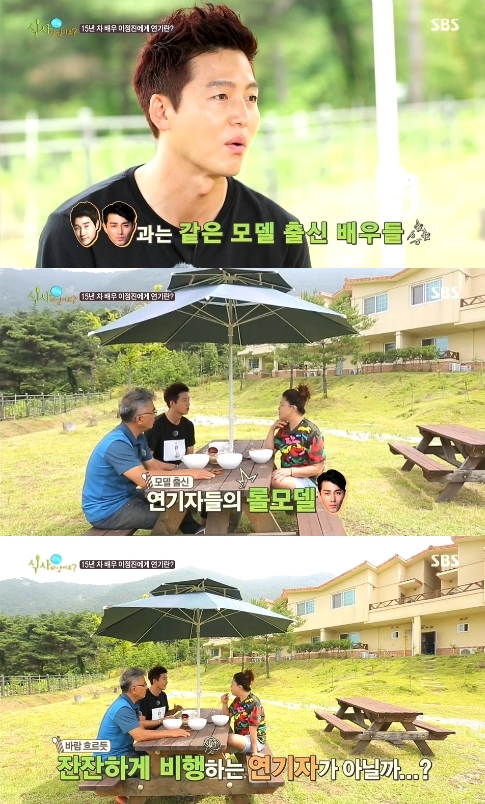 On the episode of SBS' "How To Eat and Live Well- Have you eaten?" aired on the 26th of July, Lee Jung-jin said "All my fellow actors are successful".

In response to the question of whether he is a slump, he said "No, I'm more like a small propeller plane which flies but is not noticed". This answer garnered a lot of interest from the crowd. He continued "some people soar like jet fighters while others receive a steady stream of the love from the public like jumbo jets. I am steadily going my way without the need to rise higher than everyone else".

Lee Jung-jin also commented "Won Bin, Han Chae-young who were with my agency all became successful. Yoo Ji-tae and Cha Seung-won are all successful and they were actors who started out as models and senior to me in the industry. Cha Seung-won has been a top star since his modelling days. Oh Ji-ho is a model junior in the industry to me but much older than me…I am grateful that I was able to act for the last 15 years".

On this episode of "How To Eat and Live Well- Have you eaten?", actor Lee Jung-jin appeared and prepared a "healing" meal for the "guess of the day" with Chef Lim Ji-ho and Lee Young-ja.

"Lee Jung-jin "Won Bin, Han Chae-young, Cha Seung-won... all my fellow actors are successful""
by HanCinema is licensed under a Creative Commons Attribution-Share Alike 3.0 Unported License.
Based on a work from this source