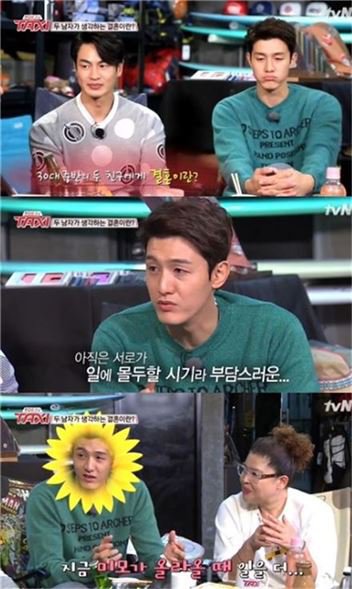 He appeared on the cable tvN show "Taxi" with Kim San-ho.

The MCs mentioned Lee Ki-woo's girlfriend Lee Chung-ah and asked him if he wanted to get married. But he said, "It's too soon. Now is just the time for relationships. She also loves work too much".

Meanwhile, Lee Ki-woo appeared in the TV show "Real Men" and said that his girlfriend recommended he joined that show to overcome his slump.

"Lee Ki-woo and Lee Chung-ah, "Marriage? Too soon""
by HanCinema is licensed under a Creative Commons Attribution-Share Alike 3.0 Unported License.
Based on a work from this source