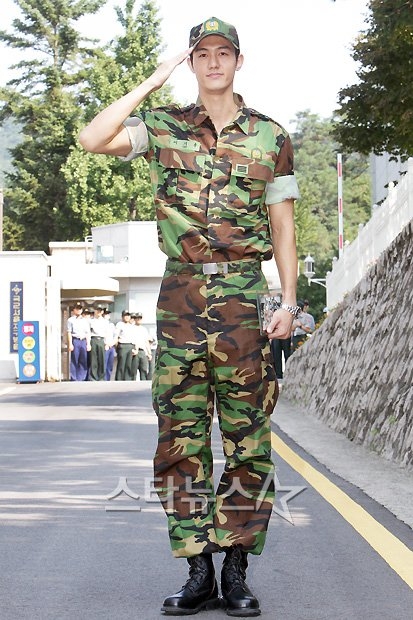 Actor Lee Ki-woo chose 'Sistar 19' as one of his favorite girl groups.

Lee Ki-woo was discharged on the 1st from the Seoul Military Hospital where he served in active duty.

He said, "I feel like I just joined the army yesterday. It helped me a lot that so many people were with me. Thank you for coming to see me today. I am going to pay you back when I start being active again".

"It was the golden age for girl groups while I was in the army. I was very impressed with Sistar 19 and other soldiers were too".

Previously, Lee Ki-woo was admitted to the Nonsan training base on the 9th of November 2009 and served in the Korean Military Hospital after training.

Lee Ki-woo was once focused on for being chosen as a special combatant. He had the honor of being the fourth celebrity chosen for such service, those being Chun Jung-myung, Kangta, Yoon Jin-young and himself.

Lee Ki-woo made his debut in 2003 through the movie "The Classic" and stood firm by his considerate image through MBC "Rude Women" and SBS "Celebrity's Sweetheart".

His management said, "Nothing is solid about his future activities but he is thinking about starring in a movie".

"Lee Ki-woo discharged "My favorite girl group is Sistar 19""
by HanCinema is licensed under a Creative Commons Attribution-Share Alike 3.0 Unported License.
Based on a work from this source