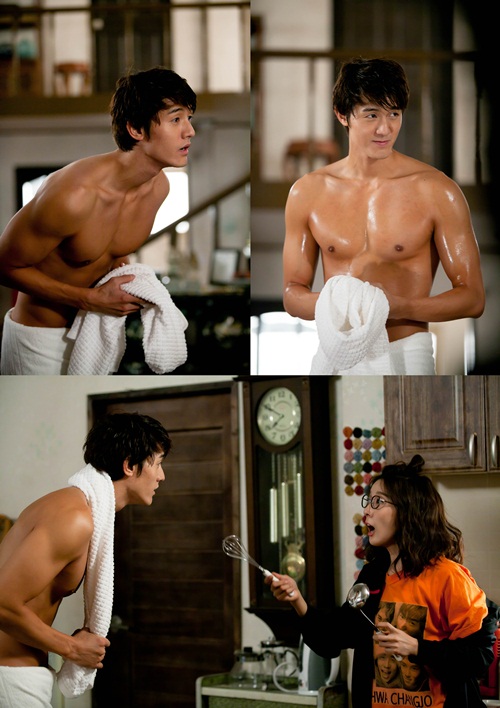 Actor Lee Ki-woo is about to shake up women's hearts.

Currently in the tvN drama "Flower Boy Ramyun Shop", Lee Ki-woo appeared with his top off.

Taking on the role of genius chef Choi Kang-hyeok, who came from Japan, he is forming a love triangle with Yang Eun-bi (played by Lee Chung-ah) and Cha Chi-soo (played by Jung Il-woo).

For the ultimate reunion with Lee Chung-ah, Lee Ki-woo is going to appear in front of her topless and cause her to panic.

Back from the army with a much more muscular body, Lee Ki-woo explained, "The regular daily routine in the army helped my body get into shape. Even after I was discharged, I continue to go hiking, surfing and do other workouts.

The "Flower Boy Ramyun Shop" production said, "Lee Ki-woo was very shy about revealing his upper body in front of the whole crew but the female staff couldn't take their eyes off him throughout that scene".

"Lee Ki-woo is about to display more free and manly features in the drama in the future".

"Lee Ki-woo's attractive shoulders"
by HanCinema is licensed under a Creative Commons Attribution-Share Alike 3.0 Unported License.
Based on a work from this source