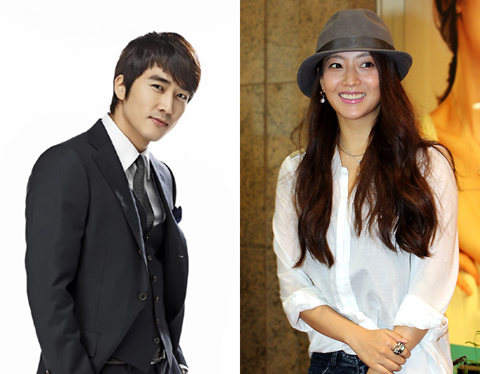 Lee Kim Productions, of the drama "Time Slip Dr. JIN", announced that they will firmly handle a conflict with the SBS drama "Faith". Lee Kim Productions has already submitted a certification of contents to the producers of "Faith" and is also considering submitting an injunction that would prohibit the drama from being broadcast.

The problem at hand is that the contents of the two dramas, "Faith" and "Time Slip Dr. JIN", are alike. The dramas are based on time travel and they also feature a modern day doctor traveling back in time. Lee Kim Productions has signed a contract with the creators of the original Japanese story and is producing "Time Slip Dr. JIN".

The "Faith" production team doesn't see this as a problem. Officials from the SBS drama department said, "We have learnt that this matter isn't a problem according to legal sources. We have completed comparing of the two dramas as well".

In addition, there have been arguments that "Faith" has drastically edited its contents. A person involved in this drama said, "The newly written script is different from what writer Song Ji-na initially wrote. The medical theme of the drama has been diluted and there are no concerns of plagiarism.

After this statement Lee Kim Productions argued, "The subject matter of 'time travel' and 'doctor' are still the same. Japan is currently asking questions and complaining about "Faith". The two major features of the drama are time traveling and a doctor character, so if these two are still the same then that is a problem.

Chairwoman Jo Yoon-jeong of Lee Kim Productions said, "SBS handed over television rights to production company so it's not their legal responsibility, but they still have moral responsibility to air original content. If "Time Slip Dr. JIN" is aired on MBC in June or July, we will submit an injunction prohibiting "Faith" from being broadcast and also pursue other legal matters".

"Faith" is Kim Hee-sun's comeback dramam her first in six years. Lee Min-ho joined the cast recently and it should air in August.

Song Seung-heon and Kim Jae-joong also joined "Time Slip Dr. JIN". The cast is just as impressive as that of "Faith". The exact broadcast date of the drama is still being debated but it is likely that it will begin in June or July.

"Lee Kim Productions causing legal problems with SBS's "Faith"?"
by HanCinema is licensed under a Creative Commons Attribution-Share Alike 3.0 Unported License.
Based on a work from this source