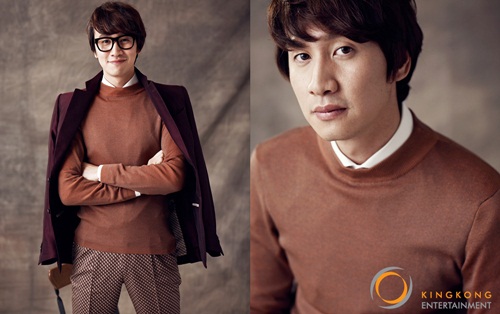 Actor Lee Kwang-soo is quite the Mr. Popular in Asia.

SBS TV program "Running Man" was recorded in Macao and Vietnam for two weeks episodes. Lee Kwang-soo was the most popular in these countries.

Vietnamese fans crowded to see him and were frantic about his every move and carried around cards and posters written, "Lee Kwang-soo is the best", "Lee Kwang-soo Oppa" and more written in Korean.

His popularity is thanks to his character first of all. He started off as 'plot Lee Kwang-soo' but his weak image in front of Kim Jong-kook and image of betrayal when it comes to teaming up with other weak characters made him the icon of 'betrayal'.

His character is a risky one since it could cast a counter affect on him but he knows how to control himself to appeal to the audience and not be criticized by them.

Netizens say, "Lee Kwang-soo is the Prince of Asia", "He's so popular and good for him", "I was shocked at the attention he got", "He's so nice" and more.

Meanwhile, Lee Kwang-soo is taking a break since "My Little Hero" early this year and is waiting for his next project.

"Lee Kwang-soo becomes the Asian Prince"
by HanCinema is licensed under a Creative Commons Attribution-Share Alike 3.0 Unported License.
Based on a work from this source