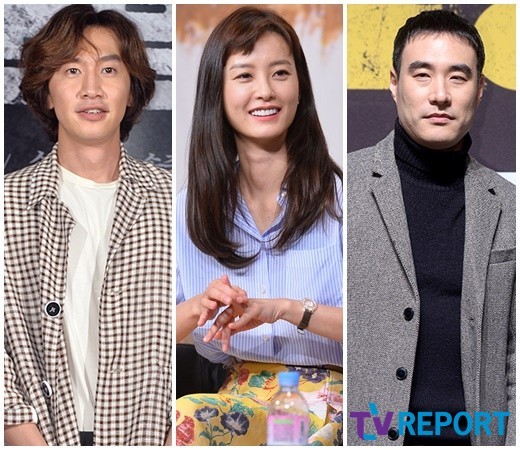 On the 21st, tvN station's new drama, "Live" released the cast of the main characters.

The three main characters will have different motives behind their job at first but as they work together, they will unite in good cause. This drama will be a human drama with stories behind the police uniforms. It is said that this drama will be a tear jerker and a healing drama for all of us who are maybe a bit exhausted from this cold society.

"Live" is directed and scripted by director Kim Kyoo-tae and the scriptwriter Noh Hee-kyeong. They created many great dramas together so far, such as, "Dear My Friends", "It's Okay, That's Love", and "That Winter, the Wind Blows". Their work is famous for being focused on the warm perspective in humanly love and many people are anticipating a high-quality drama for their new work.

"Lee Kwang-soo, Jung Yu-mi & Bae Sung-woo in Upcoming Drama, "Live""
by HanCinema is licensed under a Creative Commons Attribution-Share Alike 3.0 Unported License.
Based on a work from this source