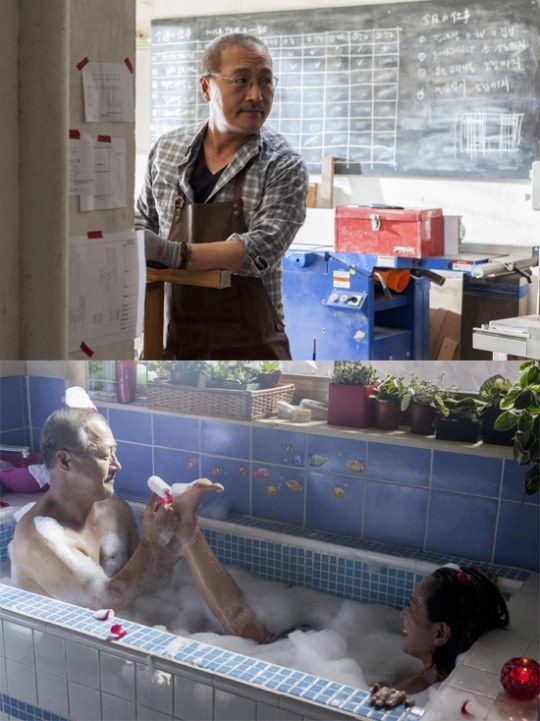 Actor Lee Kyung-young is a romantist with Jo Min-soo.

Lee Kyung-young is going to take on the role of romantist Seong-jae and act with Jo Min-soo for the first time in 13 years.

"Venus Talk" is about three friends in their 40s Sin-hye (Uhm Jung-hwa), Mi-yeon (Moon So-ri) and Hae-yeong (Jo Min-soo) who want to work, love and have sex as much as they can.

Seong-jae is Hae-yeong's boyfriend and Lee Kyung-young was once the dominator of Chungmuro in the 90s. He recently starred in the movies "The Terror Live", "The Berlin File" and "26 Years".

Lee Kyung-young also starred in high teen or mellow movies and aroused women with his lyrical performances and this time, he pairs up with Jo Min-soo and enjoys love and romance.

Song-jae is always in danger of being kicked out by Hae-yeong's daughter Soo-jeong (Jeon Hye-jin) but always stays by Hae-yeong's side and tells her, "Let's live everyday like this, like we're dating".

Jo Min-soo is working with Lee Kyung-young for the first time in 13 years since the drama "Fireworks" and says, "He's got a mellow of his own. He's always been the rough and strong kind of guy but this time he'll look completely different".

"Lee Kyung-young to star in "Venus Talk" with Jo Min-soo"
by HanCinema is licensed under a Creative Commons Attribution-Share Alike 3.0 Unported License.
Based on a work from this source