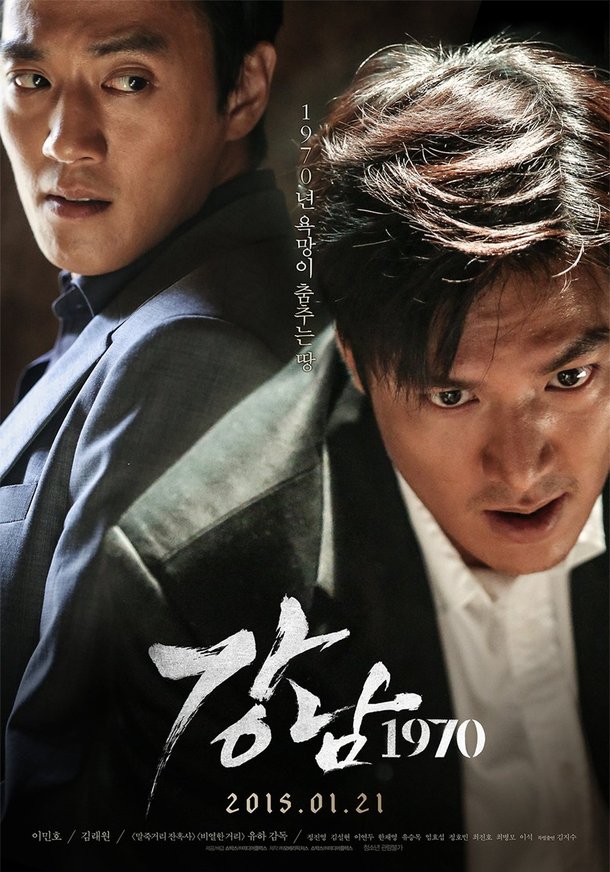 The movie "Gangnam Blues", Directed by Yoo Ha, is resurfacing on portal sites again three years after its January 2015 release.

Kim Rae-won and Lee Min-ho are the headliners and the movie helmed by the mastermind behind "Once Upon A Time In Highschool" and "A Dirty Carnival", both manly noirs.

The movie highlights the 1970s when the Gangam development was at large. Two young men Jong-dae and Yong-gi who are orphans, become henchmen who risk their lives for political parties that fight for land rights.

"Gangnam Blues" is the largest scale movie out of Yoo Ha's 3 noirs.

" Lee Min-ho and Kim Rae-won's "Gangnam Blues" Resurfaces"
by HanCinema is licensed under a Creative Commons Attribution-Share Alike 3.0 Unported License.
Based on a work from this source