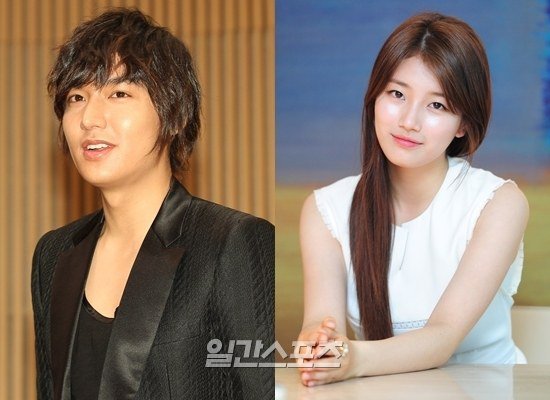 Agents used to complain if a star couple came out. There was even a clause in the contract about having to pay a violation fee if the artist was caught while in a relationship. This was true for artists like Moon Chae-won, Han Hyo-joo and some female clothing brands.

However, this time is over thanks to the public's eye looking at stars in relationships. This has been proven true by Lee Min-ho and Suzy who are both worth 30 billion won. Everyone was anxious for a while to see what their scandal might cause but now that it's all clear, the couple are being blessed.

- Lee Min-ho and Suzy worth 30 billion

The advertising world state the two are worth 30 billion won. Lee Min-ho is incredibly famous in China and 20 billion is not an overstatement. If he shoots an ad in China, he gets at least two or three times more the pay he gets in Korea. That's about 3 billion won a year. It's quite a lot considering the Korean standards but his value went up when the market went global. He's been modeling for bags, watches, jeans, outdoor stuff and others. Only Lee Min-ho and Kim Soo-hyun are capable of making this much.

Suzy is known well as the '10 billion won girl'. She's a single-walking-company herself and is the face of JYP. She's done about 30 ads since her debut. She's made more than 10 billion won. She's one of the most leading stars in show biz besides Kim Yuna. She's been modeling for various brands since 2013 and has done everything she possibly can.

- No problems with re-signing

Lee Min-ho re-signed with LG Electronics. He is now even the Chinese region model. LG claims, "Lee Min-ho is much too popular and irreplaceable".

Female fans might change their mind about him but that's not so and so is Suzy. In fact, the cosmetic brand that Suzy is modeling for, has had some fun due to this scandal. The breakout of Lee Min-ho and Suzy's scandal actually did wonders for business.

Advertising agent Yoon Sul-hee said, "People don't really care about scandals. They support the artists instead and are very optimistic about it. Even the stars don't deny it and are honest about it".

"Lee Min-ho and Suzy worth 30 billion combined"
by HanCinema is licensed under a Creative Commons Attribution-Share Alike 3.0 Unported License.
Based on a work from this source