Lee Min-ho, "I haven't used lotion for 7 months for movie. It ruined my skin" 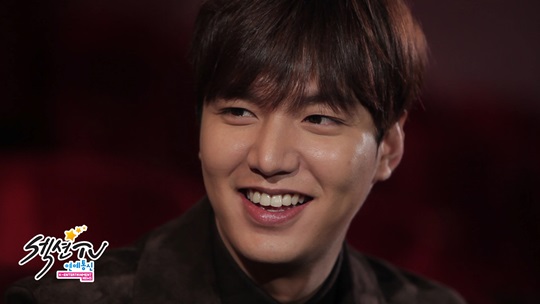 Lee Min-ho spoke about his transformation into a tough guy for his role.

On January 18th, MBC 'Section TV' had an interview with the Hallyu star, Lee Min-ho, who came back with his role in the movie, 'Gangnam Blues'.

The movie, 'Gangnam Blues' is the highly anticipated final installment of the trilogy by director Yoo Ha which includes 'Once Upon A Time In Highschool', and 'A Dirty Carnival'.

The film has also been drawing attention as the first film to ever feature Lee Min-ho in a leading role, an opportunity for him to show his intense, action acting range.

He said, in order to bring the tough guy character to life, he has not been using lotion for the last 7 months in addition to not taking care of his skin. He also added, "After finishing filming the movie I found my skin ruined".

Lee Min-ho shared more stories of the making of the film with viewers through the entertainment talk show which aired on January 18th.

'Gangnam Blues' is one of the films of the trilogy by director Yoo Ha, which depicts the desire, friendship and betrayal during the development of the Gangnam district in Seoul beginning in the 1970's. An excellent cast, Lee Min-ho and Kim Rae-won along with the talented supporting actors, Jung Jin-young, Seolhyun, Yoo Seung-mok, and Kim Ji-soo strengthen the movie. The film will be released on January 21st.

"Lee Min-ho, "I haven't used lotion for 7 months for movie. It ruined my skin""
by HanCinema is licensed under a Creative Commons Attribution-Share Alike 3.0 Unported License.
Based on a work from this source