Lee Min-ho's concert in Hong Kong was a success as 12,000 fans turn out 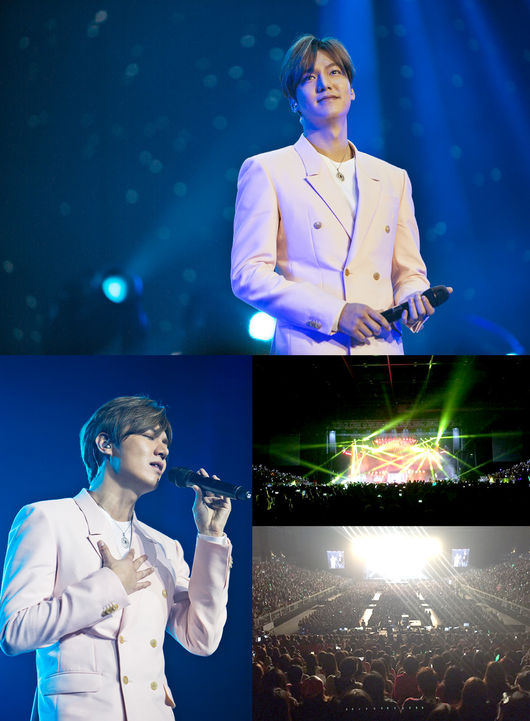 According to the agency, Lee Min-ho LIVE IN HONGKONG 2015 was sold out and brought 12,000 fans to the Hong Kong Asia World Expo Arena.

Lee Min-ho's concert this time is his first concert in Hong Kong, which was held as a part of encore event to Lee Min-ho's global tour, 'Reboot Lee Min-ho', 2014.

Agency said, "The venue was crowded with his fans all across different generations, nationalities and genders. Influential celebrities from countries in Asia also visited the venue. Hong Kong's top celebrity couple, Julian Cheung and Anita Yuen sent a wreath of flowers for Lee Min-ho to celebrate the event.

Lee Min-ho sang the sweet melody, 'Painful Love', the original sound track from drama 'Heirs' to open the event. He greeted his Hong Kong fans in Cantonese, which brought up heated response from the fans in the arena. He also sang 12 songs and performed with Royal Pirates.

G Music, who is the host of the event in Hong Kong, said, "The Arena was completely filled up with fans. We are surprised with Lee Min-ho's ability and passion to have captivated the audience' heart" and "The night with Lee Min-ho in Hong Kong was special".

Meanwhile, Lee Min-ho's 'Gangnam Blues', which was exported to 14 countries has been released as 'Black Night in Gangnam' (江南黑夜) in Hong Kong. Lee Min-ho is deliverately reviewing scripts for his next project.

"Lee Min-ho's concert in Hong Kong was a success as 12,000 fans turn out"
by HanCinema is licensed under a Creative Commons Attribution-Share Alike 3.0 Unported License.
Based on a work from this source