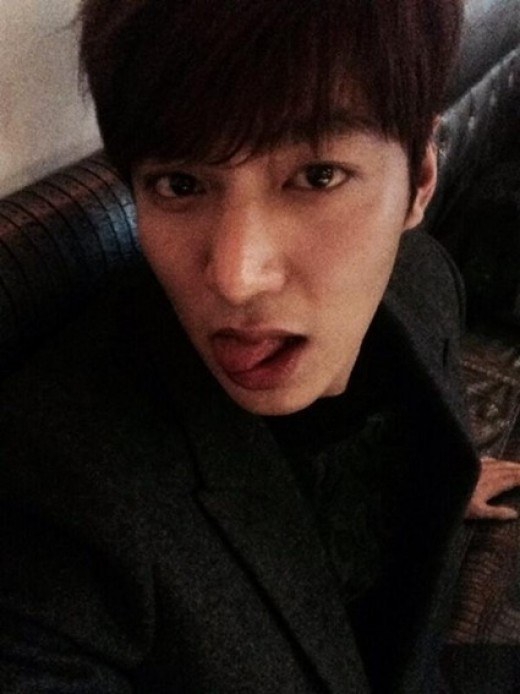 Lee Min-ho posted a picture saying "I kept my promise" on Twitter.

He is looking up at the camera with his tongue sticking out. He actually looks cute and sexy and the same time.

This picture was for a promise he made to fans. In the encore "MY EVERYTHING IN SEOUL" performance he had at the Seoul Olympic Stadium on the 18th, he said that he had a tongue for tasting as his mother was a good cook. The MC asked him to show his tongue and he said, "I will upload a tongue picture after the show".

Netizens say, "He's sexy", "I didn't know he would keep his promise", "It looks like he has a tongue for tasting after all" and more.

Meanwhile, Lee Min-ho is about to start filming "Gangnam Blues" and has confirmed to star in a Chinese TV show for the first time as a Korean star.

"Lee Min-ho's selfie"
by HanCinema is licensed under a Creative Commons Attribution-Share Alike 3.0 Unported License.
Based on a work from this source