Lee Min-ho shares his life from Paris, "Just walking for the first time in ages" 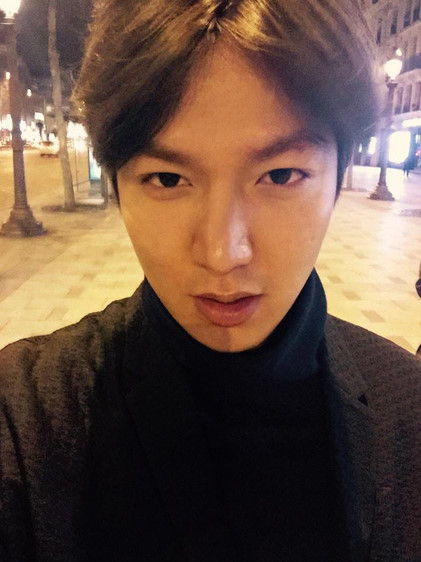 Actor Lee Min-ho has shared his heartwarming photo from his daily life.

On March 11th, Lee Min-ho posted a selfie on his twitter with a short explanation, "Just walking for the first time in ages".

The uploaded photo shows Lee Min-ho dressed in black top and gazing into the camera straight ahead. Lee Min-ho's prominent features of his face catch your eyes. The middle part of hair looks great on him; otherwise it could have looked awkward. You can take a peek at the dusky street behind him.

His fans said "My heart thumped", "I just want to walk as well", "Since he can just walk, it must not be Korea, where is it?" and so on.

"Lee Min-ho shares his life from Paris, "Just walking for the first time in ages""
by HanCinema is licensed under a Creative Commons Attribution-Share Alike 3.0 Unported License.
Based on a work from this source