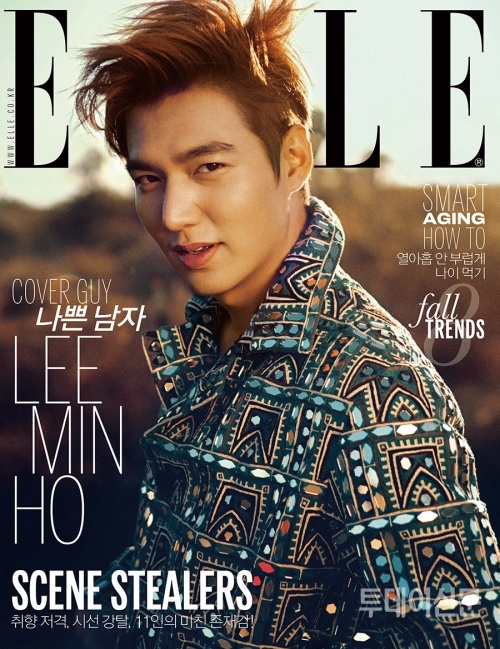 The pictorial and cover page shoot was done in the overseas filming location of his hit drama, "The Heirs" at the outskirts of Los Angeles.

In the desolate desert, Lee Min-ho oozed his manly side as he showed in movie 'Gangnam Blues'.

Lee Min-ho said, "I think I've reached the age that you're more attracted to manly things" and "Since I was little, I've always been thinking that a man should be responsible for his people, his own words and actions".

During the following interview, Lee Min-ho also shared his thoughts about happiness. He said, "I'm a person who feels happier when seeing someone else happy because of me than being happy for myself" and "Whenever I feel something's lacking, I think about what I should do to become happy. I need to understand the situation I'm in correctly so I don't have to stay in such feeling".

The interview also contains his words about the next movie, Korea & China joint film, 'Bounty Hunter's, of which filming will begin in September.

More of Lee Min-ho's pictorial and interview can be seen in Elle September issue published on August 20th and the magazine's official website. 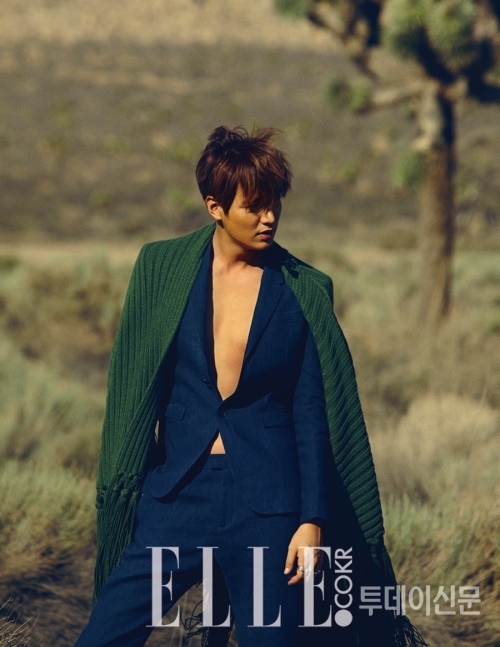 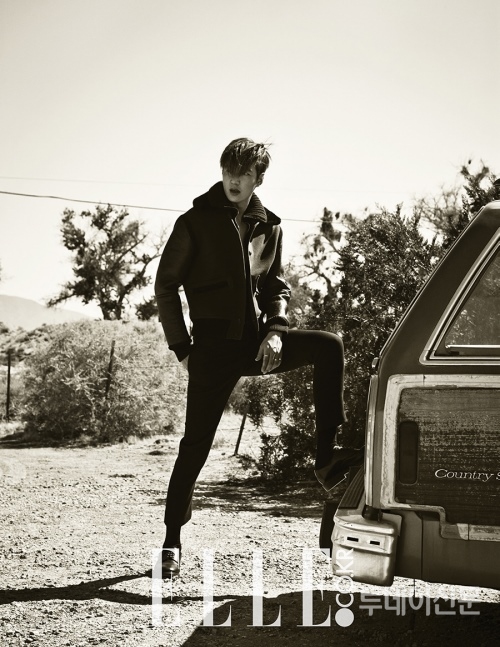