Lee Min-ho, the only actor in his 20s nominated for the SBS Grand Prize 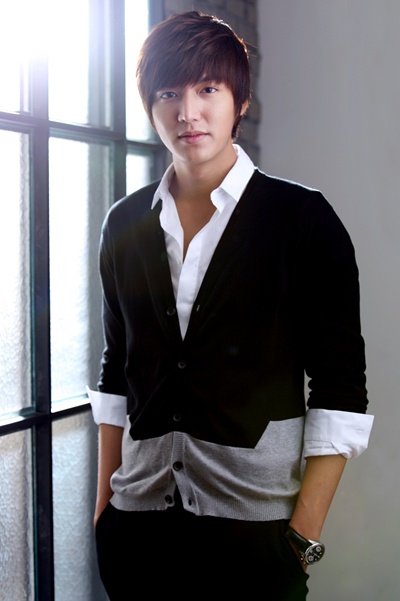 It turns out that Lee Min-ho was the only actor in his twenties that was voted as a candidate for the 2011 SBS Acting Awards through an online vote.

SBS ran an online netizen popularity vote from the 20th to the 31st of December through their official homepage.

Candidates included Lee Min-ho, Lee Yo-won, Lee Dong-wook, Kim Sun-ah, Ji Sung, Choi Kang-hee, Han Suk-kyu, Soo Ae, Jang Hyuk and Kim Rae-won, who have all done well in SBS dramas over the past year. Lee Min-ho is the only actor among these still in his twenties.

Lee Min-ho was hugely popular for the drama "City Hunter", which ended in July. He was acknowledged for his acting skills and he managed to complete 20 commercials in the past year. He has become very popular not only in Korea but all over Asia.

He was awarded the Best Actor and Special Hallyu Star Award at the Korea Drama Awards in October. Everyone is now curious about what reactions he will elicit among older actors and actresses.

Lee Min-ho is currently taking a break and selecting his next project.

"Lee Min-ho, the only actor in his 20s nominated for the SBS Grand Prize"
by HanCinema is licensed under a Creative Commons Attribution-Share Alike 3.0 Unported License.
Based on a work from this source