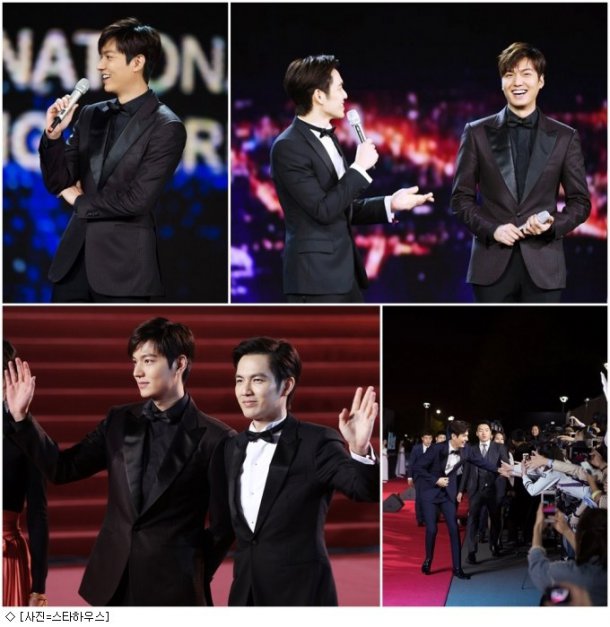 Actor Lee Min-ho held his place as a Hallyu star on his visit to China for the promotion of "Bounty Hunters".

According to his agency, Lee Min-ho was in China from April 13th to the 17th for promotional purposes. The promotion started off with a premiere in Beijing followed by various interviews and awards shows.

Lee Min-ho was invited to an event hosted by LeTV where he took home The Best Star in Asia Award. LeTV introduced Lee Min-ho as a star with shining energy and that his influence was taking over Asia. Lee Min-ho made a speech as he went on stage to receive his award.

On April 16th, Lee Min-ho attended the Red Carpet event at the Beijing International Film Festival with the "Bounty Hunters" team. He was also on the opening ceremony stage.

A host at the event mentioned Lee Min-ho and said he'll be back with a movie for local fans.

"Lee Min-ho visits China for "Bounty Hunters""
by HanCinema is licensed under a Creative Commons Attribution-Share Alike 3.0 Unported License.
Based on a work from this source