Lee Min-jung: 'I Want to Become Actress whom People Can Trust' 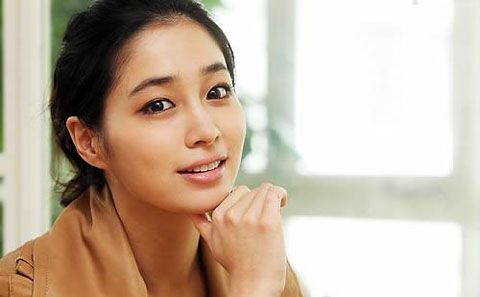 Lee Min-jung is taking on the role of a female protagonist for the first time in the movie "Cyrano Agency".

Lee said, "I had drawn people's interest just because I newly shown up in front of people, but I have not shown much to people, and also I am not a star actress yet. I think that I can call myself a star actress when people can say, 'Any work in which Lee Min-jung appears is worth watching'."

We can assume how highly she has been evaluated these days when we watch various kinds of TV commercials including soju, automobile, and cosmetics, in which Lee Min-jung appears.

She had introduced her face to the public by appearing in the drama "Boys over Flowers", which had gained huge popularity last year, as the fiancée of Koo Joon Pyo, and after that, she has become a star actress suddenly by taking on the role of the female protagonist in the drama "Smile, Love".

During an interview at a cafe located in Samchengdong, Lee Min-jung said, "Thanks to the hit of drama 'Boys over Flowers' I have become acknowledged by people. I had to hear people's comment saying that I cannot appear in the work because I am not popular enough, but now I am very happy because I can receive many scripts and choose".

But Lee revealed a humble attitude by saying, "People show interest in me because I am not fully opened to the public. I think that I am not that popular".

She continued, "I acted as the protagonist of a commercial for the first time, and there are still many people who do not recognize me on the street. Some elder people even told me, 'You are pretty enough to become an actress'."

Lee Min-jung played the character Hee Joong in the romantic comedy movie "Cyrano Agency", which will be released on September 16, and showed off her charm fully. 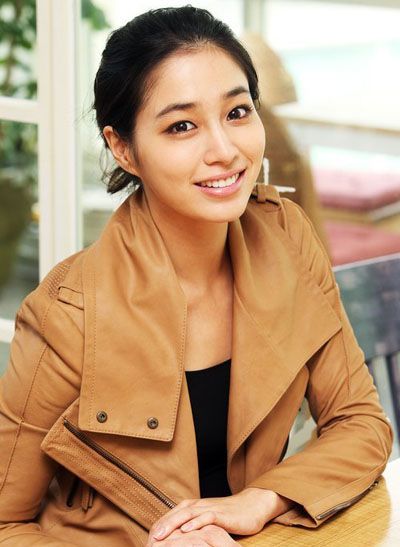 She had appeared in the movies such as "White Night" and "Searching for the Elephant" as a supporting actress, but she had never had the protagonist role before, so this was a first for her.

In the movie, she has become confused by two men. Sang Yong (Choi Daniel), who carries a torch for Hee Jong, is clumsy about love, so he looks to the 'Cyrano Agency', which helps people successfully have a date. But unfortunately, the representative of the agency named Byeong Hoon (Uhm Tae-woong) is the ex-boyfriend of Hee Joong.

Lee Min-jung said that she had decided to appear in the movie because she really liked the script written by the director Kim Hyun Seok.

She said, "While I was waiting to film in a car, I began to read the script. It was so interesting and I finished reading the script in one sitting until the end. I even held off going to the restroom just to read the script. I giggled while reading it, and I thought that people would vibe on Hee Joong because I already felt sympathy for her".

For the last four years since her debut, she said that she could not assert her opinion at all while filming so far, but this time she could suggest many ideas.

Lee said, "When Hee Joong and Byeong Hoon meet again and go home together after drinking alcoholic drinks, the original script instructed that they would kiss each other as if they are crazy, but I thought that if they followed the script, Hee Joong's character would be ruined. To win sympathy from people, Hee Joong may have to avoid Byeong Hoon, who tries to approach her again later, so I told my opinion to the director.

Lee Min-jung imitated the director's voice mischievously by saying, "After watching the movie, the director told me, 'It is very fortunate I listened to your opinion'."

The characters she played in the previous dramas such as "Boys over Flowers" and "Smile, Love" were very pleasant and cheerful characters, but her chraracter Hee Joong was different. She had revealed a constant smile while answering questions in the interview, but Hee Joong hardly smiles in the movie. 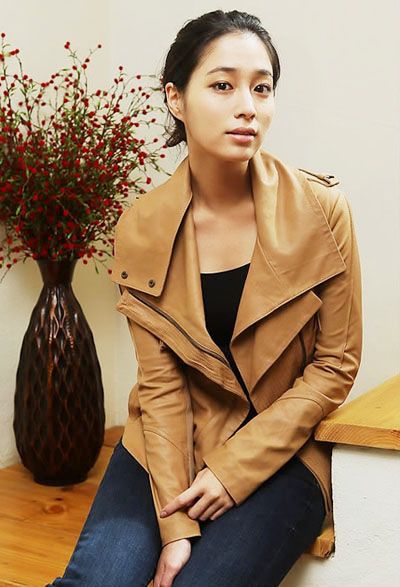 She explained, "Actually, I have a pleasant and bright personality. But, people who know me very well also know that I am a person who has many thoughts and worries inside. When I have a relationship with a man, it is the same. Men might think that I am very frank and honest in expressing my feelings, but actually I do have many feelings left and I do hesitate many times. Hee Joong's character is actually one of my personalities and I brought it out from me to show to people while acting. Hee Joong is very similar to many ordinary women in their twenties".

Lee honestly revealed her feeling of overwhelming pressure about the spotlight from people, as much as other star actors. She said, "When I debuted, my father strongly opposed my debut as an actress because he thought that I might have trouble standing in front of the public. These days, I can understand my father's concern as much as 200 percent. Sometimes, I feel that I might be criticized harshly by people when I make a small mistake and people might talk about me and it is like stepping on thin ice. I sometimes wake up in the middle of the night due to those worries".

But, she seemed to have an even bigger desire to become a good actress than those worries. She added, "I want to become a good actress whom people can trust as an actress and make people want to watch my movies simply because I appear in the movie. Many people watch the romantic comedy movies in which the actor Hugh Grant appears; like this, I want people to regard my movies as interesting simply by seeing my name in the list of cast members".