Lee Min-jung, "I am concerned about comparisons to Gong Hyo-jin's has-been idol" 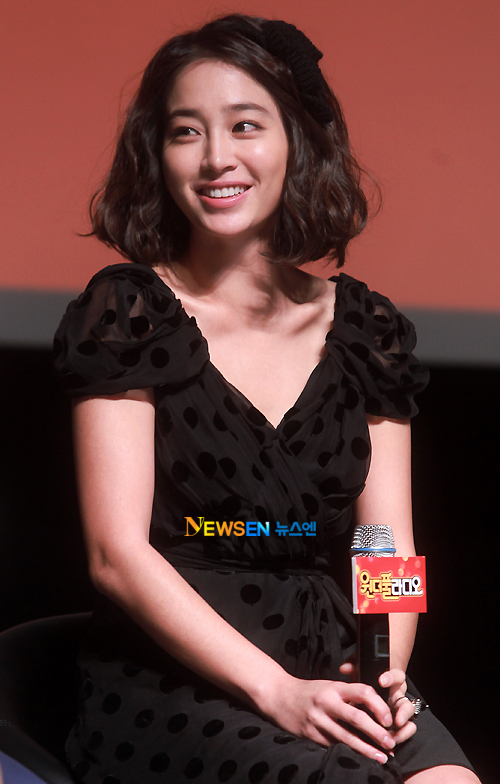 Lee Min-jung talked about Gong Hyo-jin, who played an out-dated idol star in the drama "The Greatest Love".

In the 100th Anniversary Hall of Ehwa Women's High School on the December 6th, Lee Min-jung attended the press preview event for the movie "Wonderful Radio" and said, "That's what everyone thinks about first" when she was told that her role was very much like the role Gong Hyo-jin played in "The Greatest Love".

Lee Min-jung plays a character who was a formerly a popular idol star named 'Purple' in her early 20s, and is now out-dated but still living life the way she sees it. It's very much like Goo Ae-jeong in "The Greatest Love".

She said, "The contents of the story are completely different from "The Greatest Love". There is only one common fact, and that is that the women are out-dated idols. I read the script before I watched the drama so I didn't think any of this then".

She continued, "I was a big fan of "The Greatest Love". I can not be at all concerned about Gong Hyo-jin. However, we are different people acting out the characters and I believe this will differentiate us".

"Wonderful Radio" is about a broadcasting station where there are lots of music and people and the things that happen behind the scenes with many big and overflowing personalities.

"Lee Min-jung, "I am concerned about comparisons to Gong Hyo-jin's has-been idol""
by HanCinema is licensed under a Creative Commons Attribution-Share Alike 3.0 Unported License.
Based on a work from this source