Lee Min-jung, works for screen, too... Will she be the 'Next Box Office Queen'? 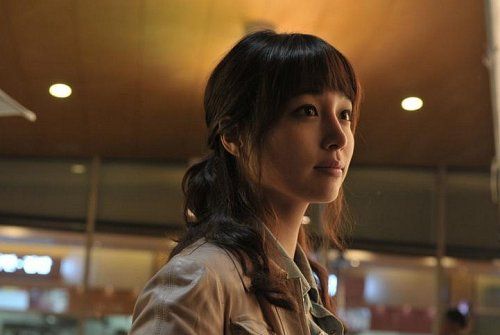 Actress Lee Min-jung hit double homeruns in both drama and movie. She caught attention by her cute and lively posture in ‘Smile, Love’ and then she also stole audience’s heart by innocent and lovely charm in the film ‘Cyrano Agency’. This is more encouraging than usual because she actually defeats every men’s dream girl Kim Tae-hee to get this result. Since all of her recent main role work became all successful, she became the number one actress.

Lee Min-jung debuted by ‘Boys over Flowers’. She left a strong impression by acting Lee Min-ho’s fiancée who has very clear view of her own. Then she built up a lot of experience by appearing in all over the movies and dramas. She did PR by playing in ‘White Night’ starring Go Soo, Son Ye-jin, and also played in 'Searching for the Eplephant' which is movie that goes on main by three main, Jang Hyuk, Jo Dong-hyuk, and Lee Sang-woo. She did best of herself even though her role was tiny compare to the main role.

She satisfied everyone with her being in the works which she acted as main characters. She wasn’t even getting any doubt about her acting talent which many new actors get pointed out for. Lee Mi-jeong is a actress that knows what to wear. She played characters that were similar to her without any awkward sensation and this is how she advertised herself to others.

‘Cyrano Agency’ is a romantic comedy which started from the idea that they help who are not good with love by written script. In this film, she creates n odd feeling during her decision between her ex—boyfriend Byung-hoon (Uhm Tae-woong) and a naïve boy (Choi Daniel). Her role in this movie was ‘Target girl’ in agency who does others’ relationships for them. ‘Target girl’ who audience cannot figure out her inside, is the point in this movie that sticks audience to Lee Min-jung and stay focused through out the movie.

Actually, there were not a much people who thought this movie will be a success. Success from unexpected movie made a good chance to reexamine Lee Min-jung’s hidden talent. She will be the person who is most beneficial from this movie. Her being was shining in this movie.

Partially, her reexamination is coming from the unexpected success of the film. Because of the fact that this is Lee Min-jung’s first move, many people start to watch without any expectation but after the movie, everybody was falling for her own lovely and comic acting. Lee Min-jung had many male fans from her beautiful face, but from this movie, she got also many female fans from her natural but classy fashion.

Also, Lee Min-jung’s stardom is similar to Jun Ji-hyun’s and Kim Ah-joong’s since they also became famous from one romantic comedy movies, ‘My Sassy Girl’ and ‘200 Pounds Beauty’. She might be turn into a blue chip of Chungmuro and continue the tradition of famous actresses.

Lee Min-jung, who showed a great first step, is screaming from happiness due to too much love calls. People will see how high she can fly with wings that she got from ‘Cyrano Agency’

"Lee Min-jung, works for screen, too... Will she be the 'Next Box Office Queen'?"
by HanCinema is licensed under a Creative Commons Attribution-Share Alike 3.0 Unported License.
Based on a work from this source