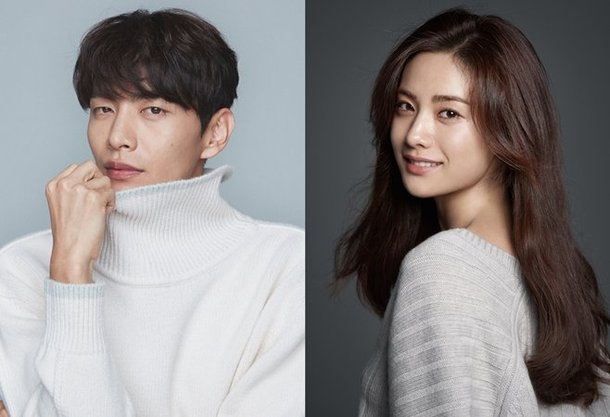 Lee Min-ki and Nana have confirmed appearances in "Oh My Ladylord".

MBC's new drama "Oh My Ladylord" scheduled to air in March 2021, is a rom-com of a romantic comedy actress who 'can't date' a drama writer who 'won't'. Writer Jo Jin-gook, the romance master who gave birth to many life-time works and director Hyeon Sol-ip, who proved her sensuous and delicate directing skills through the four-part drama "You Drive Me Crazy" makes the drama looked forward to.

Lee Min-ki plays Han Bi-soo, Korea's top thriller drama writer who 'does not love' in the drama. Lee Min-ki is an actor who has built his own distinct acting color and charm across the screens. The genre that especially shines with Lee Min-ki's charm is romantic comedy. Lee Min-ki performed heart-rending romance through "Very Ordinary Couple", "Spellbound", "This Life Is Our First Life" and "Beauty Inside - Drama". Actor Lee Min-ki's confirmation in "Oh My Ladylord" is expected to shake the hearts of Korean women once again.

In the drama, Nana plays Oh Joo-in, a romantic comedy queen who is 'not good at dating'. Nana has built up her acting skills through various works such as dramas and films "The Good Wife", "Kill It", "Justice" and "The Swindlers". In particular, in the recently ended drama "Into The Ring", she has established herself as a leading actress who can lead a piece of work on her own, including three-dimensional characters and romantic comedy acting.

Lee Min-ki and Nana are coming together with a romantic comedy that shows the charms of the two actors at their best. "Oh My Ladylord" is much anticipated in 2021.