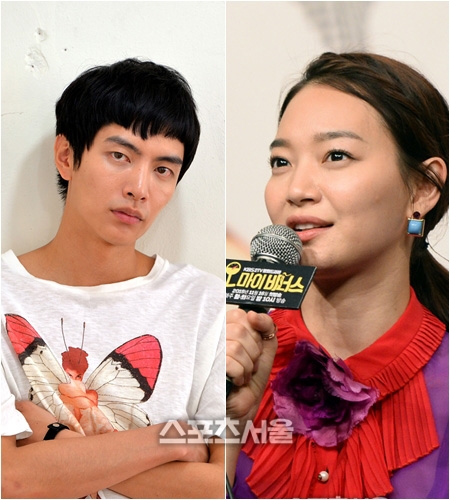 It seems that Lee Min-ki and Shin Min-ah will co-star in tvN "Tomorrow With You".

According to sources in broadcasting circle, Lee Min-ki and Shin Min-ah emerged as the favorable candidates to headline tvN's upcoming drama, Tomorrow With You'.

This will be Lee Min-ki's drama comeback in four years since his appearance in tvN drama 'Shut Up: Flower Boy Band'. He will be dismissed soon from mandatory alternative military services on August 3rd.

For Shin Min-ah, it will be her drama comeback in 5 months since KBS 2TV's "Oh My Venus" if the decision is made with "Tomorrow With You". While tvN is emerging as the trending drama channel, this will be her first work with tvN.

Especially, as Lee Min-ki and Shin Min-ah already co-starred once in "A Million", 2009, this is the second time for the two stars to work together again in 7 years since then if they end up landing the leading roles together.

"Tomorrow With You" is a fantasy romance drama about a time traveler and his wife. PD Yoo Je-won famous for 'Oh My Ghostess', 'Tears of Heaven', and "The King of High School Manners" and writer Heo Seong-hye, who wrote "The Full Sun" and 'Everything about my Wife' met to collaborate for this drama.

"Lee Min-ki and Shin Min-ah in talks for tvN 'Tomorrow With You' "
by HanCinema is licensed under a Creative Commons Attribution-Share Alike 3.0 Unported License.
Based on a work from this source