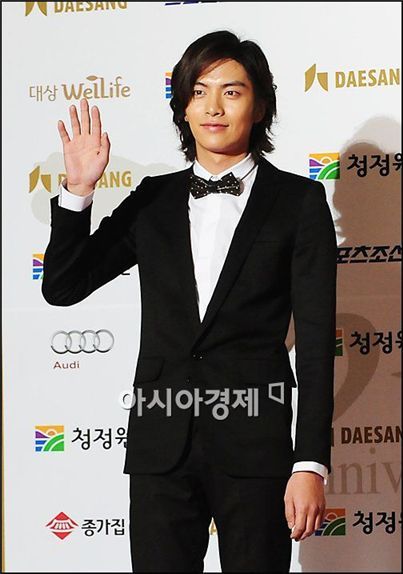 Korean model and actor Lee Min-ki has been chosen to play the male lead in a new production by blockbuster director JK Youn, according to the movie's producer JK Film on Thursday.

"We have finalized our selection and Lee Min-ki will play the lead for the new picture", Yoon, CEO of JK Film, told reporters on Tuesday of his choice for the film tentatively titled "Quick".

"Quick" is an action movie about motorcycle racing and will be helmed by director Jo Beom-goo, whose works include action comedy "Riverbank Legends" ("Ddukbang") and "The Bad Utterances".

Lee Min-ki made his debut in the entertainment industry in 2005 with his role in the drama "Be Strong, Geum-Soon!" followed by appearing in the series "Really Really Like You" and "Evasive Inquiry Agency".

He also stepped into the big screen with appearing in "A Good Day to Have an Affair" and in the Korean blockbuster "Haeundae", which was the highest grossing Korean film last year.

"Lee Min-ki tapped to play lead in new JK Youn pic"
by HanCinema is licensed under a Creative Commons Attribution-Share Alike 3.0 Unported License.
Based on a work from this source