Lee Na-young: 'Acting is so difficult for me' 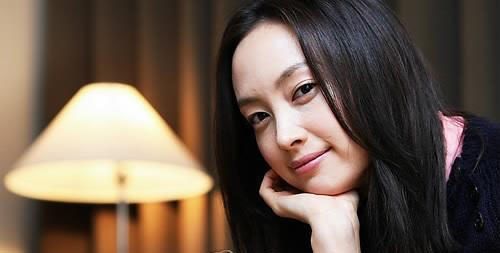 Actress Lee Na-young is unique. She has a strong individuality as an actress in movies--showing hesitating attitudes, speaking in a low mumble, and expressing emotions through her eyes.

Now, Lee Na-young once again plays a character who hesitates to express her love. The character that she plays cannot easily express her feelings due to being a transsexual.

Lee plays Son Ji-hyun, who had a sex change to become a woman, in the movie "Lady Daddy" (Director: Lee Kwang-jae) to be released on January 14. 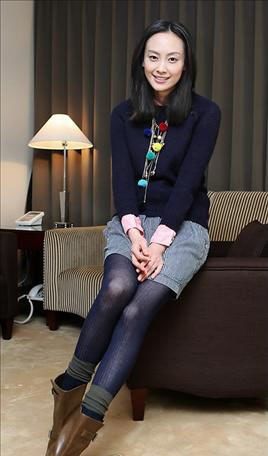 In an interview at a hotel in Sokong-dong, Lee said, "I thought the idea of portraying a transsexual in a comedy was fresh for a movie. But for the first time, I was afraid the acting might negatively affect my image as an actress. However, I decided to take the role because it is a warm story".

She added, "Strangely enough, it was not awkward to act in the role of a man. I wore training wear in the movie because I like to wear baggy clothes and enjoy exercising. The 'Tae Kwon Punch' is my specialty (laughing). However, most of all, I had hard time exploring and interpreting the character of Son Ji-hyun".

The movie comically shows the love of Ji-hyun, who is a transsexual photographer, and special makeup artist Jun-seo. Lee showed off her personal magnetism in "Lady Daddy", even though it's been two years since she was last seen in a movie ("Dream" directed by Kim Ki-duk, 2008).

In "Lady Daddy", people might think Lee is cute and amusing with her inarticulate speaking style and "Tae Kwon Punching" as a man. Lee had received criticism from people because her acting styles in movies have been described as too similar up to now. For instance, her acting in "Someone Special" and "Lady Daddy" bore some similarity. 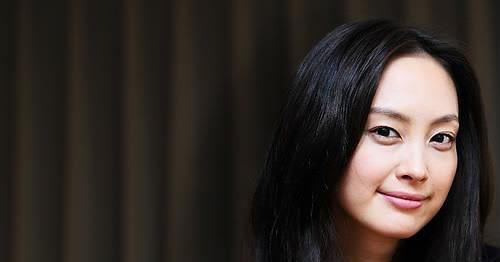 Lee said, "If people say my acting styles are too similar in my recent movies, I don't know what to say. However, I don't agree. I think there are differences somehow. Anyway, acting is very difficult. Yes, it is absolutely hard".

When a reporter asked what kind of movie she is interested in playing as an actress, Lee replied, smiling, "I don't have any preference. I would like to act in action movies and comedies, but I'm not too choosy about it because of the difficult situation in the movie industry".

In actuality, her movies did not achieve any significant commercial success. Her movies received little attention when it came to box office numbers, except for "Maundy Thursday" ("Our Happy Time, Director: Song Hae-seong, 2006). The movie "Someone Special" drew a mere 740,000 audience members and the movie "Dream" sold only 90,000 tickets.

Lee said, "I choose a movie based on its popularity instead of its quality when I read the script. While I was reading the script for "Dream", I thought it was very fun. I thought, ‘This is a real comedy', but the audience seemed to have different opinions".

When a reporter asked what type of actor she would like to be, Lee thought intently and said, "I want to be a actor who is fun and interesting to people".

"Lee Na-young: 'Acting is so difficult for me'"
by HanCinema is licensed under a Creative Commons Attribution-Share Alike 3.0 Unported License.
Based on a work from this source