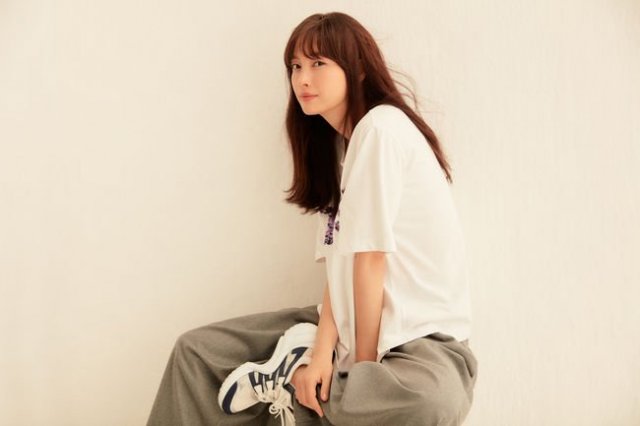 Actress Lee Na-young has ended her six-year hiatus from the big screen with the film "Beautiful Days - 2017", which was released on Wednesday. Since her last film in 2012, "Howling", she had lived outside the public eye, getting married to fellow actor Won Bin and having a child in 2015.

Lee surprised many by choosing to return in the low-budget "Beautiful Days - 2017", director  Jero Yun's first feature film. She was mesmerized by the story after reading the script and even volunteered to work for free.

The overarching theme of the film is the inescapable nature of fate. A teen boy comes to Seoul from China at the request of his very ill father to search for his North Korean mother, played by Lee, who abandoned them to defect to South Korea 14 years earlier. The boy finally finds his mother, who is working as a bar hostess, only to return to China with a broken heart. When he finds his mother's diary, which she has secretly placed in one of his bags, he begins to discover the truth about his family.

The film is nothing more than a story of the suffering and pain the heroine has to go through. She is tricked into marriage by a Chinese broker, later working as a bar hostess and getting involved in drug smuggling. "She manages to survive no matter what the circumstances, and she does what it takes to survive, like a wild animal. She's overcome so many obstacles and hardships that nothing shocks her. She doesn't shed a single tear, even when meeting her son for the first time in 14 years", Lee said.

Lee's character remains mostly calm in the film, except for a few scenes in which her emotions overcome her. "I tried to look countrified and unsophisticated, so I got my team to find appropriate clothing and I only partially dyed my hair", she said. "I watched many documentaries about escaping from North Korea, and learned the North Korean accent from a North Korean actor".

"I think being a mother helped me to become immersed in this role. I was able to feel more empathy with other women in their 30s and 40s. I hope many North Korean defectors and Korean-Chinese people watch this film and take a message of hope from it", Lee said. "The film has a lot of eating scenes. Many North Korean defectors have been separated from their families, and the film tries to show the happiness that is to be found in ordinary things and ordinary moments, such as having a meal. We wanted to show the beauty of the trivial things in our daily lives despite all the misfortunes and sorrows".