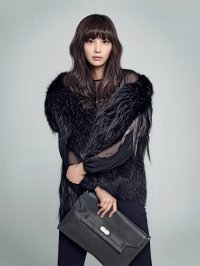 Actress Lee Na-young is one of the most coveted models for advertisers along with fellow 30-something stars like Kim Hee-sun and Ko So-young. She has appeared in almost all major commercials for cosmetics, electronics, beverage, food, telecommunication, and construction companies, and she still has many advertisers wooing her. For her management agency, she is the beautiful goose that lays the golden eggs.

Over the 10-plus years of her acting career, Lee has shown different sides of herself in each eight film she starred in, including "Who Are You - Movie" (2002), "Please Teach Me English" (2003), "Someone Special" (2004), "Maundy Thursday" ("Our Happy Time", 2006), and "Dream" (2008). In her latest film, romantic comedy "Lady Daddy", Lee appears as a man. She is not a transvestite but a single, unmarried transgender woman who discovers she has a son from the time she was a man and must now live with him.

Lee had a lot of fun filming it, and seems quite impervious to her looks. Where does her confidence spring from? "None of the parts I've played in films were pretty. In fact, I get stressed out if I have to look pretty. I keep thinking, 'what if I don't?'" As for playing a man, "I've wanted to do a part like that for quite a long time. Some actresses have done it recently. I was especially impressed by Cate Blanchett's performance in 'I'm Not There'," she said. "When I read the screenplay, I was worried that I might misrepresent the image of transgender people due to my insufficient knowledge, but I was attracted to the uniqueness of the material. I thought the theme would be more appealing and easier for the audience to understand when combined with comedy".

"Lady Daddy" will have to challenge huge blockbusters "Avatar" by James Cameron and "JEON WOO CHI : The Taoist Wizard" by Choi Dong-hoon. Is Lee just unlucky in terms of box office success? "Someone Special" and "Who Are You - Movie" found moderate belated success only after the screening was finished. This time she also has a cold snap to contend with, which might keep people at home. But Lee is determined not to let that put her off.