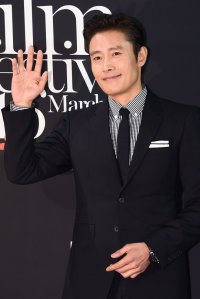 Korean actor Lee Byung-hun will be named the Best Actor in Asia at the Tokyo Drama Awards, according to his agency BH Entertainment, Wednesday.

The 40-year-actor has become the first to win the award, which was set up for the event this year.

The drama "IRIS", which starred Lee and fellow actress Kim Tae-hee, will also receive the Best Foreign Drama award at the annual event.

"The Best Actor in Asia award was made to celebrate an actor's outstanding performance and contribution, who appeared in a foreign work", the Tokyo Drama Awards organizing committee said.

"Lee was appreciated for not only his acting in the drama `IRIS', but also for the fact that the series has received acclaim from countries that aired the show", the committee added.

Lee has had a wild ride for the couple of past years, enjoying paise and support from both fans and the entertainment and film industry. The actor appeared in the hit drama "IRIS" and also worked with Hollywood stars Sienna Miller, Channing Tatum and Dennis Quaid for the blockbuster film "G.I. Joe: The Rise of Cobra" last year. He also won Best Actor in a Hallyu Drama category at the Seoul Drama Awards in September.

Lee will attend the ceremony to receive the award on Oct. 25.