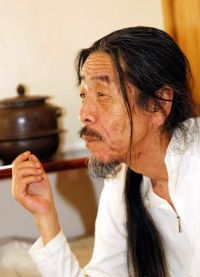 Lee Oi-soo is Korea's favorite novelist, according to Gallup Korea.

A survey to celebrate the research firm's 35th anniversary saw 13.5 percent choose the 62-year-old Lee as their favorite, the company said Tuesday.

Gallup Korea reported that Lee, who was named the fifth favorite in 2004, topped the list thanks to his best selling novels and essays, not to mention his effort to try to communicate with the younger generation via television and the Internet.

The second favorite was the late Park Kyung-ni, who wrote the famous "Land" ("Toji, the Land"), followed by Gong Ji-young, the writer who became popular with works such as "My Sweet Home", and recently "Silenced".

"There were surprisingly a lot of people who didn't have an answer when asked who their favorite novelist was. Only four out of 10 were able to answer their favorite, just like 2004", the research firm said.

Lee made his debut in 1972 and has been recognized as one of Korea's representative novelists. With works like "Haak Haak" and "Fool, Fool", he showed his wit and insight as a writer, while he also broadened his spectrum by hosting a radio show and also appearing in the MBC sitcom "The Secret of Keu Keu Island".

He recently made headlines by filing a complaint with police against Internet users who posted malicious comments about him online.

"Lee Oi-soo Chosen as Most Popular Novelist"
by HanCinema is licensed under a Creative Commons Attribution-Share Alike 3.0 Unported License.
Based on a work from this source