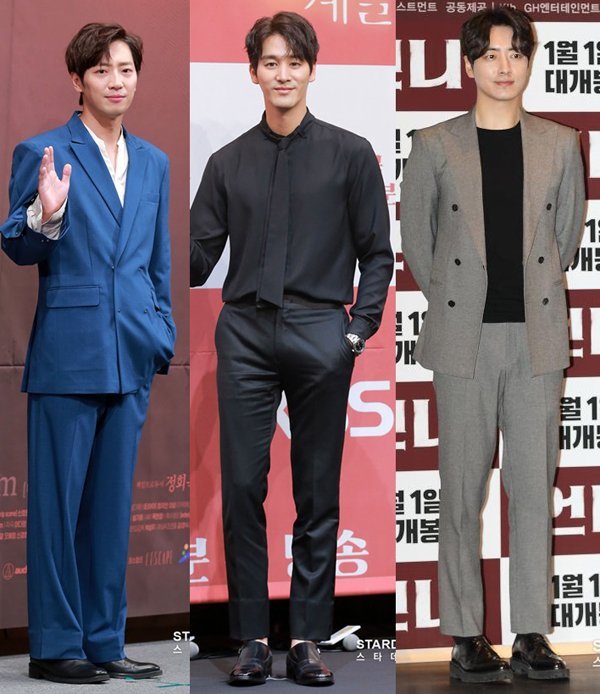 The drama department is blooming with actors in their 30s.

Lee Sang-yeob, Oh Chang-seok and Lee Joon-hyuk, whose appearances stood out since their debut, have settled as leading actors of dramas with increased experience and popularity over the years.

"Designated Survivor: 60 Days" stars Lee Joon-hyuk as Oh Yeong-seok, a character who stands between miracle and conspiracy, good and bad. The actor has impressed viewers with his performance, looks, and beautiful physique.

Lee Joon-hyuk starred in the 2009 hit drama "Three Brothers" as Kim I-sang, the youngest of three brothers. He then took on central roles in several dramas such as "Secret Forest" and "Are You Human Too".

His recent performance in "Designated Survivor: 60 Days" has gotten better; from his changing face according to who he is talking to, and his smiling, yet edgy facial expressions.

Oh Chang-seok is increasing in popularity in TV shows and in dramas.

The actor who debuted with the 2008 drama "Worlds Within" went back and forth between leading and supporting roles and starred in several morning and weekend dramas, as well as miniseries. He didn't quite stand out in the crowd until he appeared in the TV Chosun TV show "Taste of Love" and daringly approached Lee Chae-eun.

He recently came out in the open with his relationship and is living a life more dramatic than a real drama. With the weekly routine of "Taste of Love", Oh Chang-seok is now starring in the KBS 2TV daily drama "A Place in the Sun" as Oh Tae-yang.

Lee Sang-yeob's appearance in a TV show increased his reputation and it helped him to land in a leading position for a drama.

The actor debuted in 2007 with a KBS drama. He appeared in TV shows like "Running Man" and appealed to the public with his humor and various talents. He was demanded back on the show and experienced the peak of his entertainment career.

Lee Sang-yeob has gone through a transformation and stars in the drama "Love Affairs in the Afternoon" as Yoon Jung-woo, a biology teacher at a school for the gifted.