Lee Sang-yoon turns into a fraud genius in "Liar Game" 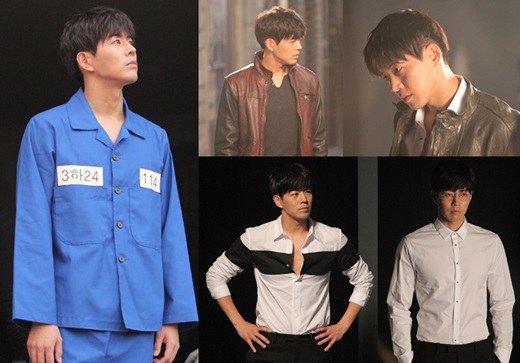 Lee Sang-yoon takes on the role of Ha Woo-jin, the youngest psychology professor and fraud genius in the new tvN drama "Liar Game".

In the picture, Lee Sang-yoon is showing a different side of Ha Woo-jin in every angle. He looks sorrowful while wearing a blue inmate uniform in one still and in the other, he's intelligent and rough looking at the same time.

Ha Woo-jin uses his brilliant mind to avenge his mother's death after she was betrayed and killed. He pulls off the greatest scheme yet and spends time in prison.

Lee Sang-yoon is doing his best to become Ha Woo-jin. He is always in discussion with the staff about the styling and revealed the roughness of his face by going on a diet to tone down a little. He also refrains from speaking too much when he's on standby so that he can get ready to become Ha Woo-jin.

"Liar Game" productions said, "Lee Sang-yoon cares about the details and knows how to bring out the meticulous character points of Ha Woo-jin".

Meanwhile, "Liar Games" is a pursuing drama about the various faces of humans in front of money. To be broadcasted on the 20th at 11PM.

"Lee Sang-yoon turns into a fraud genius in "Liar Game""
by HanCinema is licensed under a Creative Commons Attribution-Share Alike 3.0 Unported License.
Based on a work from this source