Lee Seung-gi appeared in most TV ads this year 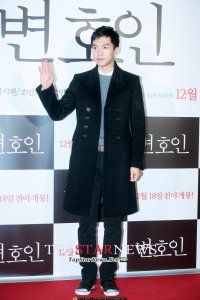 Entertainer Lee Seung-gi has appeared in the most TV commercials in Korea this year.

TVCF, the largest advertising Web portal in Korea, said Thursday that a survey found that Lee appeared in 30 ads this year, the highest for any person. Olympic figure skating champion Kim Yu-na was second with 28, pop music group Girls' Generation third with 25 (including 13 that featured the entire group), singer Rain fourth with 21, and actresses Lee Na-young and Shin Min-ah tied for fifth with 20.

On why Lee Seung-gi was the favorite among advertisers, HS Ad creative director Shim Eui-seop said, "Housewives have a strong say in spending and his hardworking image made him popular not just among consumers but also among advertisers, so he became the blue chip of advertising".

Choi Jae-yeong, director of the CP1 division of SK Marketing & Co., said, "Many popular and well known stars often don`t get the opportunity to be on ads, but Lee Seung-gi is a proven advertising model, and is very rare in that he is loved by people from all walks of life".

As for second-place Kim Yu-na, Kim Cheong-hun, deputy general manager of Innocean, said, "She was beloved by advertisers since she had enjoyed both challenge and a success story with a good performance, dancing, appearance and star quality. In particular, many sporting events starting from the Winter Olympics this year made her an outstanding model for advertising".

How much the stars are paid for endorsements is hard to know. Depending on conditions, the amount can differ significantly but the top performers are paid around 1 billion won (868,000 U.S. dollars) for a one-year contract.