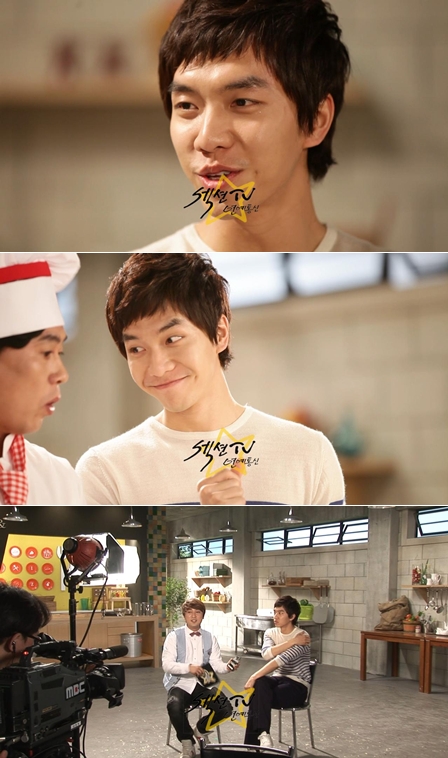 Lee Seung-gi showed signs of a want for promotion.

Living up to his name, the blue chip of advertisements, transformed chef Lee Seung-gi showed various expressions of acting received compliments from the staff. Along with him was "Secret Garden"s 'Lee Byung-joon. He also complimented, "Lee Seung-gi is someone to learn from".

Lee Seung-gi said, "I think celebrities are like office workers. Like becoming the head of department with age, I wish there was a promotion. I think I'm like the sections chief?" being modest (?) about his position and created a laugh.

"Lee Seung-gi "Celebs are also office workers, I am section chief""
by HanCinema is licensed under a Creative Commons Attribution-Share Alike 3.0 Unported License.
Based on a work from this source