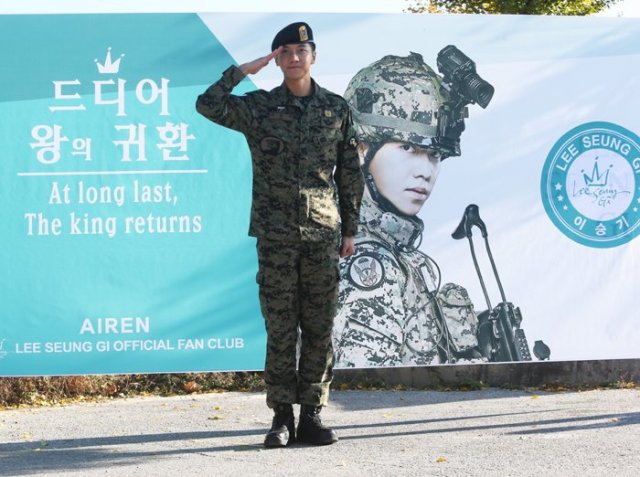 "Thank you for coming all the way here despite cold weather", Lee said to more than 500 fans who gathered to see him at a military unit in Jeungpyeong, North Chungcheong Province.

Many waited from the early morning hours and held banners celebrating his discharge from the military.

"I couldn't sleep well on my last night in the military and woke up very early", Lee said. "This was because of bidding farewell to my military mates rather than because of excitement about being discharged".

Lee is expected to resume his acting career with a TV series sometime in December.

"Lee Seung-gi Completes Military Service"
by HanCinema is licensed under a Creative Commons Attribution-Share Alike 3.0 Unported License.
Based on a work from this source