Lee Seung-gi jumps from 800m above 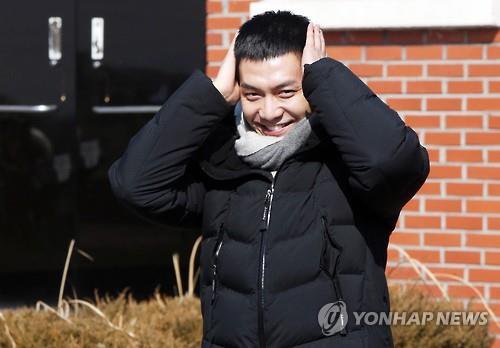 Singer and actor Lee Seung-gi who is currently serving his duty at the Korean Army Special Operations Command, is going to take part in a training operation where he has to jump to the ground from an aircraft.

Lee Seung-gi is going to train for this for two weeks at a special base near the Han River. He can only take part in the training operation if he passes this minor training first.

A source from the Special Army said, "Special Forces requires soldiers and executives regardless, to take part in the descending training. Lee Seung-gi will be taking part in the ad balloon training which will require him to jump from as high up as 2400~2800 feet".

Lee Seung-gi is currently an administrative clerk at the Special Forces base since the 21st last month.

Lee Seung-gi debuted in 2004 as a singer and successfully became an actor in several dramas and starred in several TV shows as well.

"Lee Seung-gi jumps from 800m above"
by HanCinema is licensed under a Creative Commons Attribution-Share Alike 3.0 Unported License.
Based on a work from this source