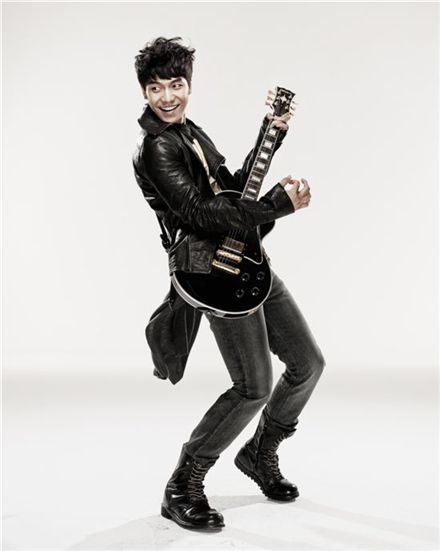 Korean singer and actor Lee Seung-gi will hold a concert this weekend, according to his agency Hook Entertainment on Tuesday.

A press release from Hook announced that Lee will hold his concert titled "2010 Lee Seung-gi Hope Concert in Seoul" at the Olympic Stadium on November 21.

Lee has planned various events for his show including a parade of his hit songs with a brass band and orchestra, a special joint performance with Korean rock band Boohwal, and taking the stage to sing the songs from SBS TV series "My Girlfriend Is Gumiho" as his character Cha Dae-woong as well as putting on a magic show.

Lee, 23, made his debut as a singer after being discovered and trained for two years by Korea's top female vocalists Lee Sun-hee. He released his debut album "The Dream of a Moth" in 2004 featuring his first single "Because You're My Girl", which gave a major boost to his popularity and made him an overnight sensation.

He expanded his career into acting with a role in MBC's sitcom "Nonstop 5" in 2005 and became a household name in Korea after starring in "Famous Princesses" and rose to fame throughout Asia last year through hit SBS series "Shining Inheritance".

"Lee Seung-gi to hold concert this weekend"
by HanCinema is licensed under a Creative Commons Attribution-Share Alike 3.0 Unported License.
Based on a work from this source