Lee Seung-gi to make comeback in a new TV series 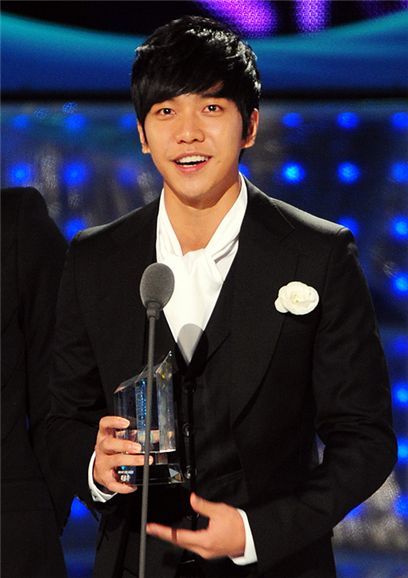 Korean singer and actor Lee Seung-gi will be making a comeback to the small screen in a new TV series, his first since starring in the smash hit drama "Shining Inheritance" last year.

According to a source related to the new show tentatively titled in English "My Girlfriend is a Gumiho", Lee recently decided to appear in the series and is in final stages of negotiations.

"My Girlfriend is a Gumiho" is written by Hong Jeong-eun and Hong Mi-ran, a sister writing duo also known as 'The Hong Sisters' who previously penned dramas "You're Beautiful" (SBS, 2009) and "Hong Gil Dong" (KBS2, 2008).

"Lee himself was very interested and wanted to appear in a series written by the Hong Sisters", another source related to the drama was quoted as saying. "And from what I know, the Hong Sisters also thought that Lee would be a good fit to play the male lead".

The singer has been cast as the main male character who is terrified at first of the fox but eventually falls in love with her. The female lead actress has not been cast as of yet.

Lee, 23, debuted as a singer after being discovered and trained for two years by one of Korea's top female vocalists Lee Sun-hee. The popularity of his first single "Because You're My Girl", from debut album "The Dream of a Moth" released in 2004, turned the then-17-year-old into an overnight sensation especially among older female fans.

He crossed over to acting in 2005 in a guest role for MBC sitcom "Nonstop 5" and made his official debut in "Famous Princesses" (KBS2, 2006). But it was his turn in the hugely successful "Inheritance" that solidified his status as an actor -- the weekend drama topped the television ratings chart for ten consecutive weeks and peaked with a viewership rating of 47.1 percent.

"My Girlfriend is a Gumiho", which is expected to air this summer, will start shooting around May.

"Lee Seung-gi to make comeback in a new TV series"
by HanCinema is licensed under a Creative Commons Attribution-Share Alike 3.0 Unported License.
Based on a work from this source