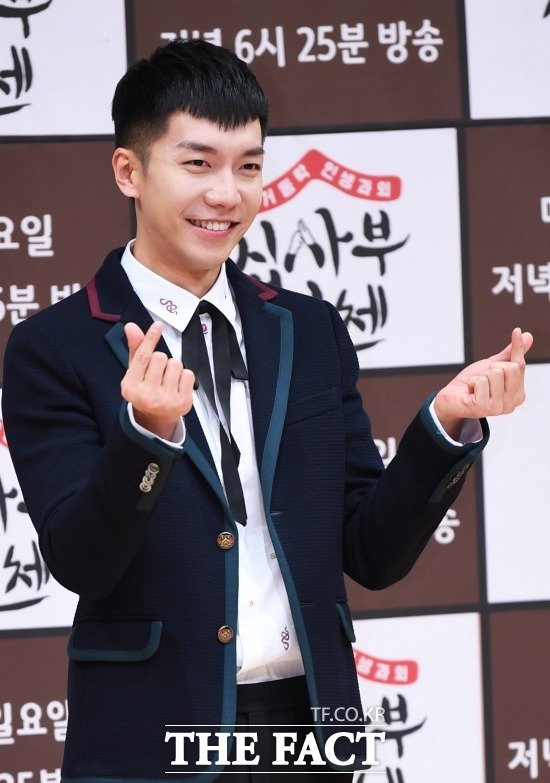 Singer and actor Lee Seung-gi is now an MC for the audition program "Producer 48".

Lee Seung-gi debuted in 2004 and earned the nickname 'nation's little brother'. He soon rose to stardom as a singer, then as an actor and now an entertainer. He completed his National Service in October last year and returned with the tvN drama "A Korean Odyssey" and SBS TV show "My Master".

The role Lee Seung-gi will be playing as a 'producer' on "Produce 48", is a trainer and helper of the trainees who go through the show until a final group is born. Jang Keun-suk was the MC of "Produce 101 Season 1" and BoA was the MC of season 2.

"Produce 48" seeks to create a Korean-Japanese girl group this season and the 96 trainees have already begun training on the 11th. Lee Seung-gi will join them next week.

"Produce 48"is a large-scale joint-venture project between Japan's popular girl group AKB48, produced by Akimoto Yasushi and Mnet's representative idol creations. FT Island's Lee Hong-ki will and Sistar's Soyou will be in charge of vocal training, Cheetah for rap, and Bae Yoon-jung, Choi Young-joon and Mayjay Lee in choreography.

"Lee Seung-gi to MC "Produce 48""
by HanCinema is licensed under a Creative Commons Attribution-Share Alike 3.0 Unported License.
Based on a work from this source