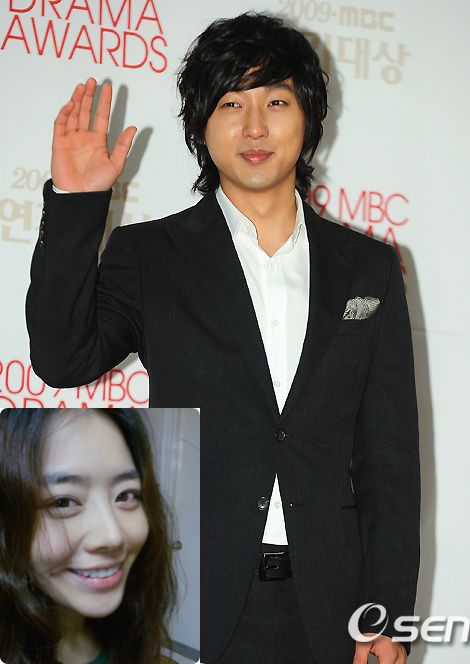 Actor Lee Seung-hyo and Singer Venny is finally breakup after 2 years of dating.

In September 2008, Lee Seung-hyo fell in love at first sight with Venny on stage while he was watching a musical. Their meeting was started when Lee Seung-hyo asked Venny for her autograph after the musical. After that, they quickly became a couple.

Lee Seung-hyo made first appearance by 'Drama City' in 2006 and appeared in KBS 1TV's historical drama 'Dae Jo Yeong' and KBS 2TV's 'Mighty Chil-woo'. Last year, showing enthusiastic acting as 'Al-cheon' in MBC's 'Queen Seon-deok' made him famous. This year, he was in the drama "Comrades".

Venny made her debut from 'Sang Sang Band'. She has been working in many field as radio writer, vocal trainer, entertainment news reporter, and acted as singer 'Pink' in the movie '200 Pounds Beauty' in 2006. By the musical 'Gelsomina', she gained potential recognition as an actress.

"Lee Seung-hyo  Venny, broke up after 2 year relationship"
by HanCinema is licensed under a Creative Commons Attribution-Share Alike 3.0 Unported License.
Based on a work from this source